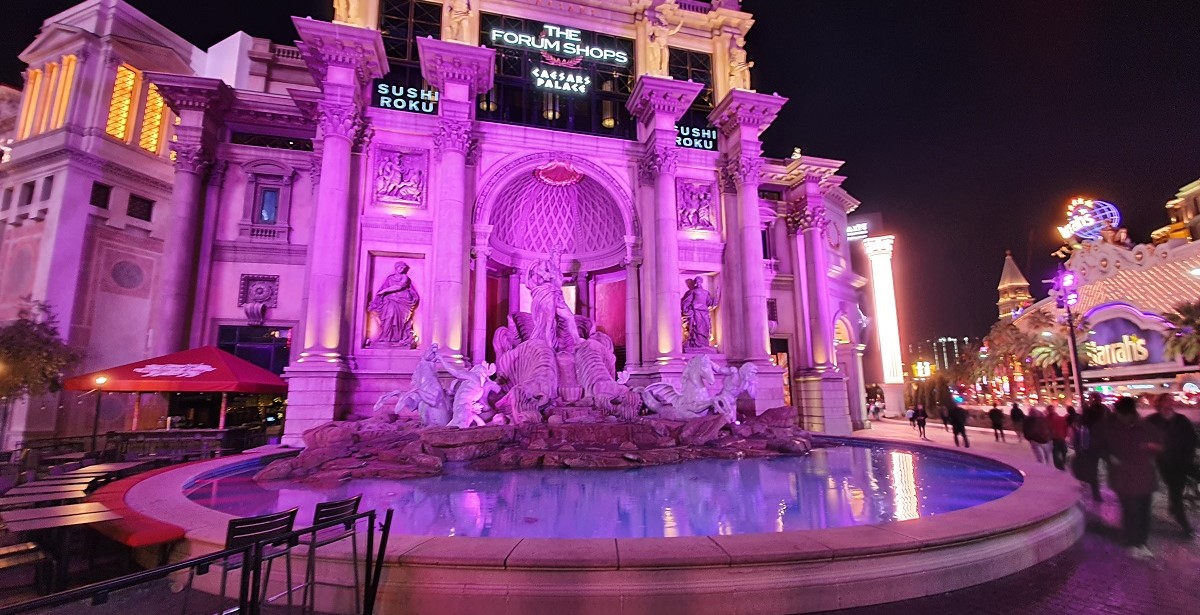 CES 2020 has come and gone and we were privileged enough to be taken along for the ride, thanks to a sponsorship on behalf of MSi Global. There were so many incredible announcements made at the tech convention but when the sun went down, Las Vegas came alive. It was an experience unlike any other we have ever had, so we thought we would share our perspective with you. 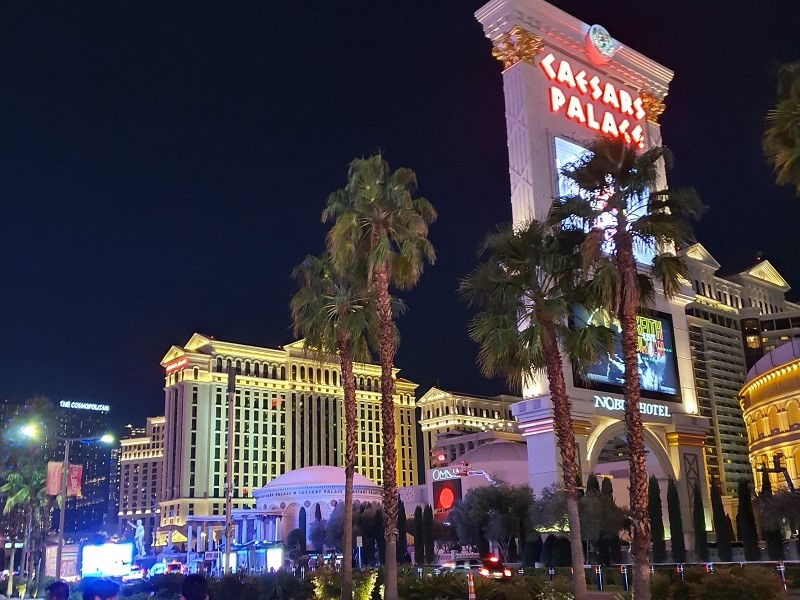 Las Vegas, a city often glorified in movies, and known for its glitz, glamour, and crazy night life. After a brutal 34 travel experience that included a 12 hour layover in JFK International Airport in New York, we arrived in Las Vegas at 1AM. The journey almost ended before it even started, though, when I almost missed my flight from New York to Las Vegas. The flight was departing at 19:30, and I had even planned my entire 12 hour layover, down to dinner time which was 17:30, to make enough time for any problems that may arise. The only contingency I did not account for was own brain defying me.

Dinner time came around, I got up to use the restroom, and in the 2 minutes between getting up and reminding myself about the plan and exiting the restroom, I seemingly switched the flight time to 21:30. I sat back down and continued watching Netflix, and it was only after actually going to dinner - an hour and a half after I planned - it was now 20:30 when I realised what had happened. After frantically running between the boarding gate and the help counters, I was put on the next flight to Las Vegas, which happened to be boarding at the same gate at that time, thankfully. 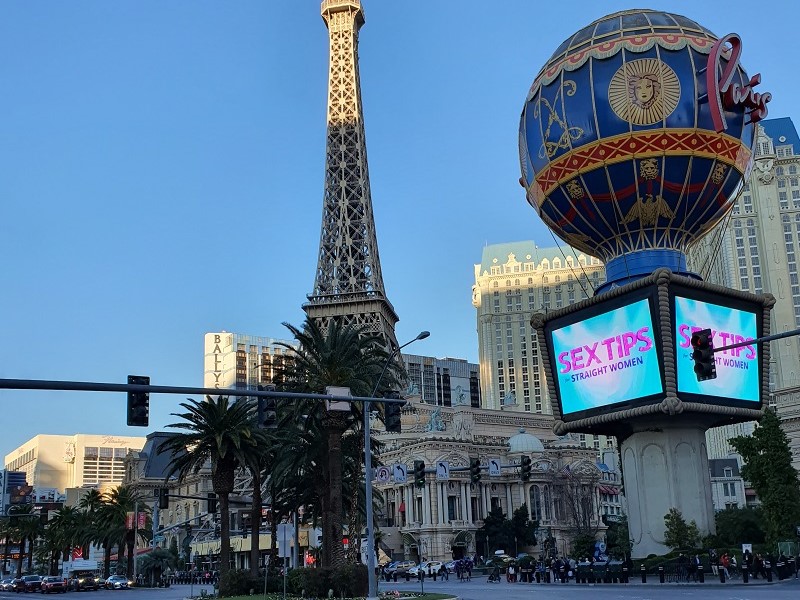 After finally landing and hailing a bonafide yellow cab to get to Harrah’s Hotel, I felt that I was in some kind of off-sketch comedy movie, as the wonderful driver of the taxi was, in fact, a drag queen - a common stereotype of Vegas - and this just reminded me just exactly where I was.

The following morning (or later that same morning, rather) we were up early to collect our CES badge - a daunting task as I knew nothing about this town, where to go, or who to speak to. Thankfully, as the casino town is known for CES and with thousands of attendees from all over the world, it was so easy to walk up to almost anyone and ask for directions. I was always met with friendly greetings and helpful directions. 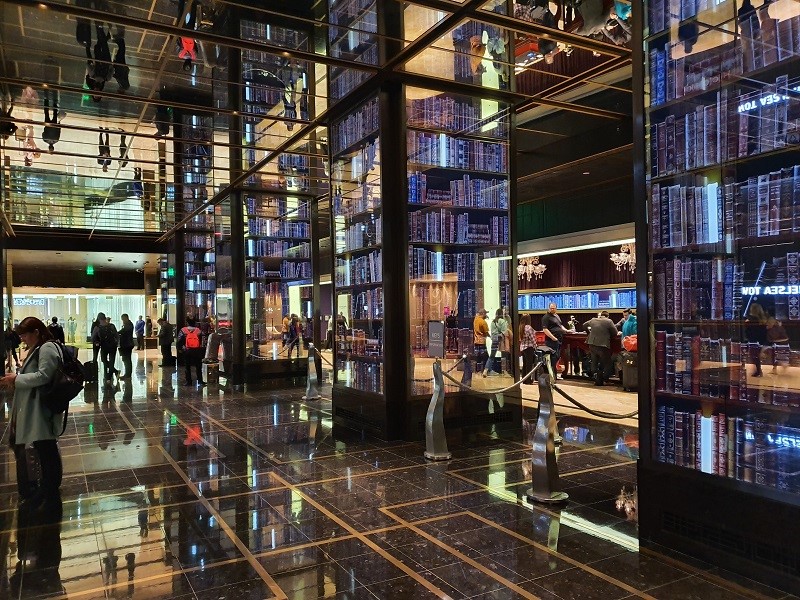 Our first stop was the MSi Press Event on the 6th of January, and as we got to the venue, I met up with fellow gamer, Grant Hinds, and formed a duo to navigate the landscape. After the event we left the hotel to visit the famous strip and try to explore what we could before CES officially began the next day. It was on the strip that we started to see just how strange of a town it really is, and before you think it, no, there were no gentleman's clubs involved.

As you might imagine, there was a ridiculous amount of police officers around the venue, which were not only for security but to direct pedestrians and vehicles alike. Grant and I started walking when we came up to a parking entrance that was fairly quiet, and once we saw the pedestrian crossing painted on the road, we started to walk across thinking we had right of way, despite a few folks standing at the light. Unfortunately, there was an officer in view who proceeded to scold us like naughty school children on the playground. We apologised, mentioning that we are not from the United States, but he was having none of it, and told us to run back because, and I quote, “We are not more special than those people”, as he pointed to the people standing behind us, waiting patiently for the light to turn green. After feeling slightly abashed, a roaming billboard came behind the cop that really highlighted the irony of Las Vegas; it was a giant advert with three naked women on it, with their bare chests censored, and then it clicked - it was for hookers - and at the same time a gentleman walked next to us with an open beer - this was all at 11 o’clock in the morning. 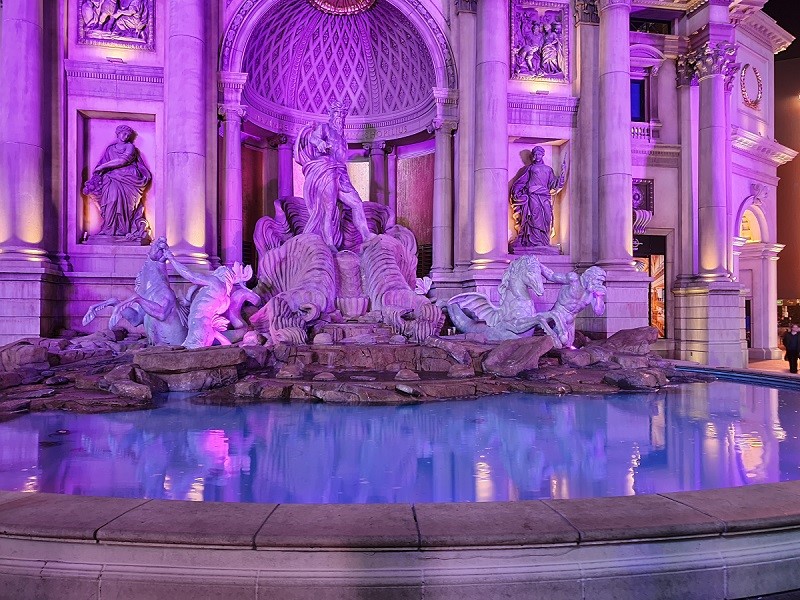 Another example included a different roaming billboard, this time a digital screen which had varying slides that changed every minute, that had the following three images displayed, in this very order; first, a sign with text that read “[censored] loves you”, followed by “[censored] died for your sins”, and the next slide was an experience akin to my drag queen cab driver - an advert for a 30% discount on any automatic rifle or pistol at a local gun store. Now, we often make jokes about America’s lacklustre gun laws, and the “redneck” way of incorporating religion into weapon rights, but to see it in person was just surreal. These experiences were about an hour apart, and I wouldn’t have believed it if I didn’t actually see it myself, and while guns and prostitution are technically legal in Nevada, it was just mind-boggling to see the emphasis on jaywalking while you are exposed to far more serious topics. Both of these experiences just solidified the Wild West aesthetic and feel of Vegas - when you aren’t being harassed by the roaming burlesque dancers offering souvenir photos. 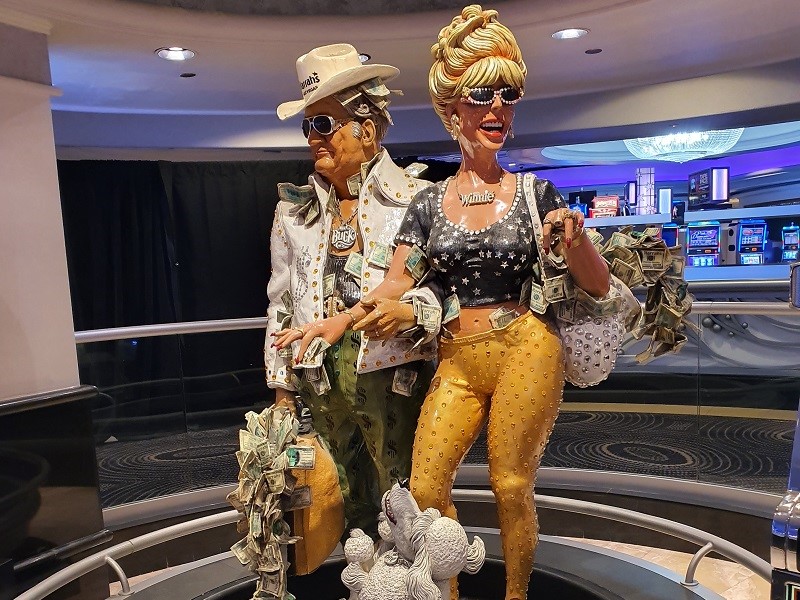 Once the novelty of the lights and the grandeur of Las Vegas began to wear off, you start to see the town for what it truly is; a city built on the foundation of gambling. It’s unfortunate because there are a tonne of high-end restaurants, run by celebrity chefs - most notably Gordon Ramsay, as we walked past Hell’s Kitchen, Gordon Burger, and a kitsch fish-n-chips shop - with nightclubs on every corner, and genuinely beautiful buildings. However, once you walk into most of these jaw-dropping structures, you are either already on a casino floor, or on the cusp of one. An example of how intrinsic gambling is to the town, casino owners were able to persuade Nevada state law to allow patrons to smoke on any casino floor, but nowhere else inside. I could be two metres from someone who was on a casino floor, and they would be allowed to smoke even though it would drift straight to me, yet if I were to be smoking where I stood, I was breaking the law.

The people we met along the way were extremely friendly and helpful, opposed to the common ideas that Americans are stupid, ignorant, or otherwise in a world of their own. I was expecting to be asked the typical questions of how we are transported around towns using wildlife, but most Americans that we met had either been to SA before, or were planning on visiting because of how beautiful our country is to explore. 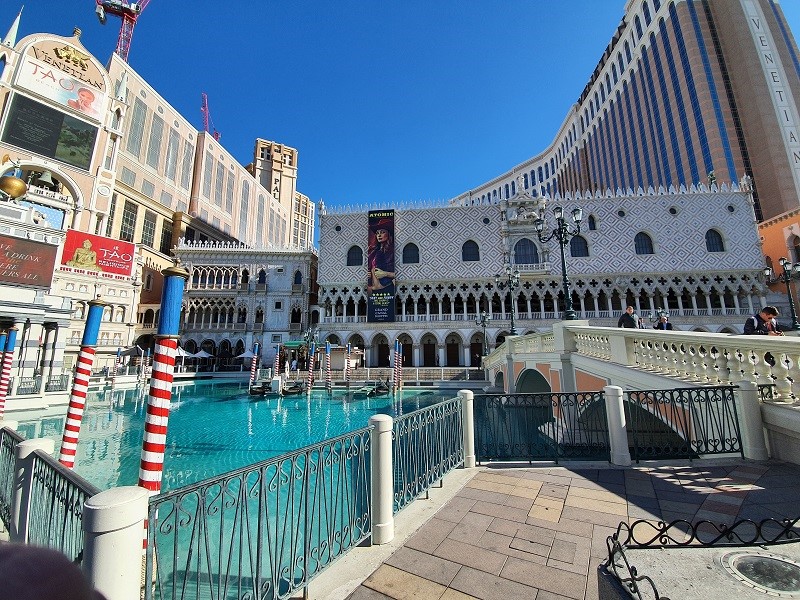 While our experience was absolutely incredible, and again, we are so thankful and privileged to have the support of MSi in taking us over there and allowing us the opportunity to have an experience we would otherwise not be able to have, it’s not a place I would recommend to first time travel to the US. The main reason for this is purely down to the fact that, unless it is on your bucket list, or you are interested in the gambling aspect, or the burlesque theatre shows, all you really have to experience is what we listed above. Also, it is incredibly expensive, with it being a tourist town and all. Yes, there are places you can get “normal priced” products, such as Walgreens - our equivalent of Spar - but be prepared to pay $5 for a bottle of water. A night out in Vegas could easily cost you $50 or more, when you account for food, and for the adults reading this, beers, which averaged at $10 per bottle. Speaking to locals, many of them claimed that most of the country is not nearly as expensive as Vegas, and New York was even more so. A final example before we wrap up, is a breakfast in New York cost us $27, which included hash brown cubes, some bacon, eggs, and toast, with two glasses of pineapple juice. 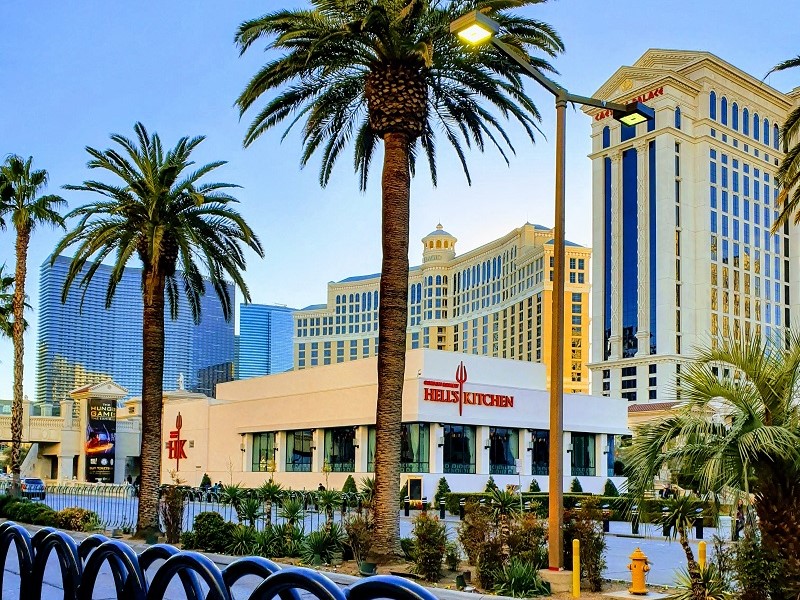 Overall, as we have said, it was an absolutely incredible, and almost inexplicable, experience to put into words, and one we would never have had if it weren’t for MSi and their support. It is always an amazing thing to explore a different country and its people, no matter where it is, and it was certainly an eye-opening trip as to how efficient certain services can be, but once the novelty of where you are wears off, you realise that it feels like Sun City if it were the size of Jo’burg Central. If you are thinking about traveling to the US, and you can afford it, we would definitely recommend travelling, but maybe try somewhere more central, such as Texas. That’s next on our bucket list. 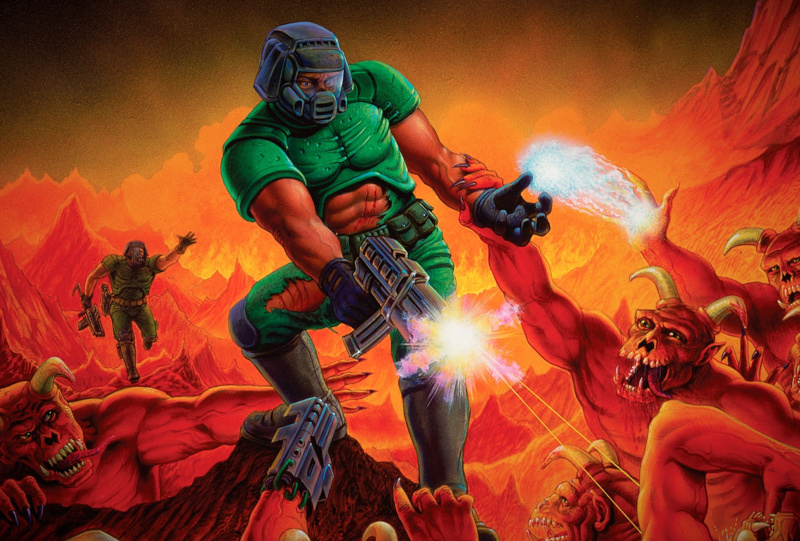 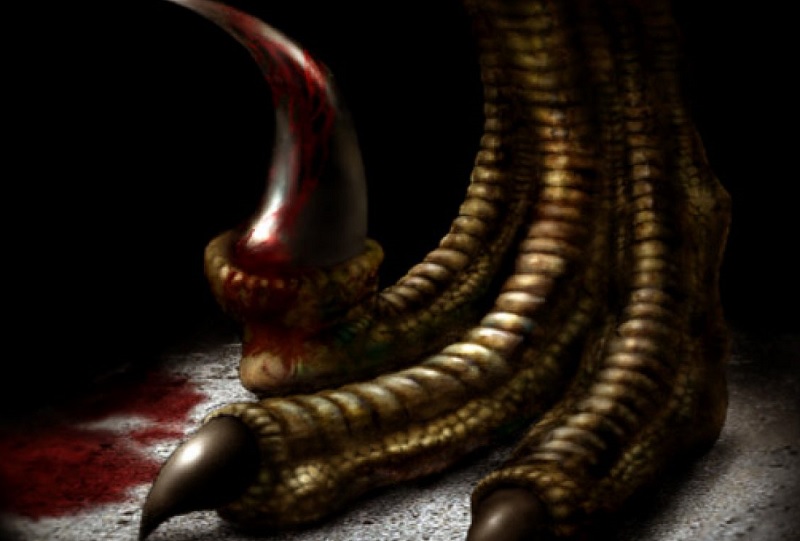 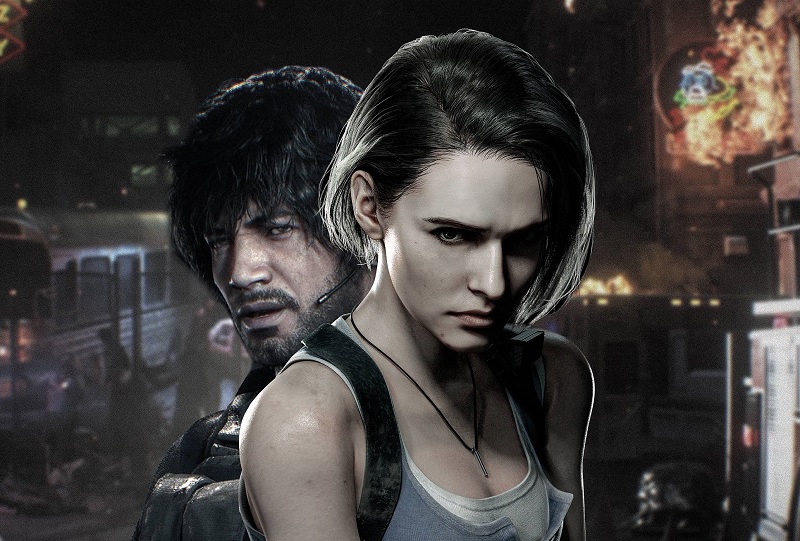 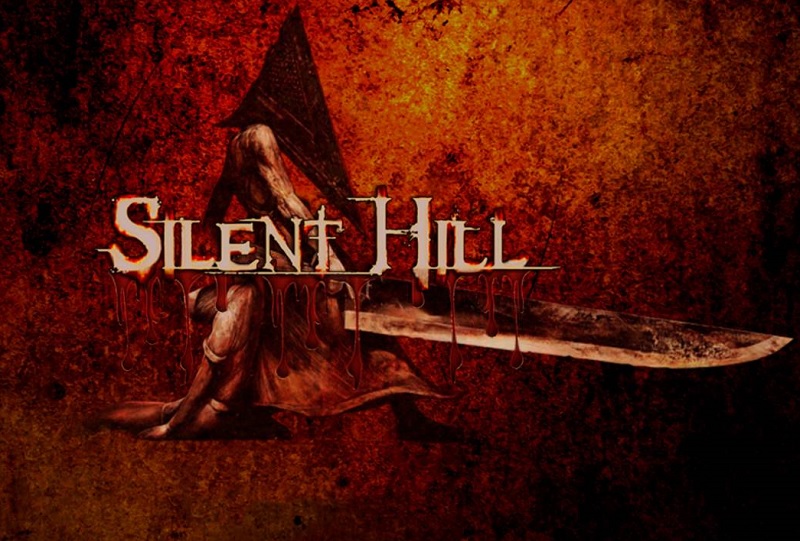 Once upon a bygone era, Konami were at the top of the gaming industry. Metal Gear Solid and Castlevania... 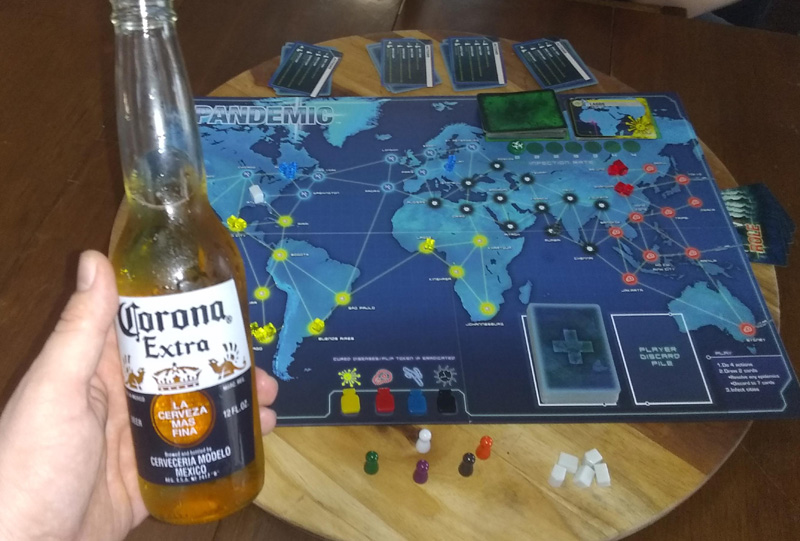 A brief guide to family friendly tabletop gaming options during the lock-down... 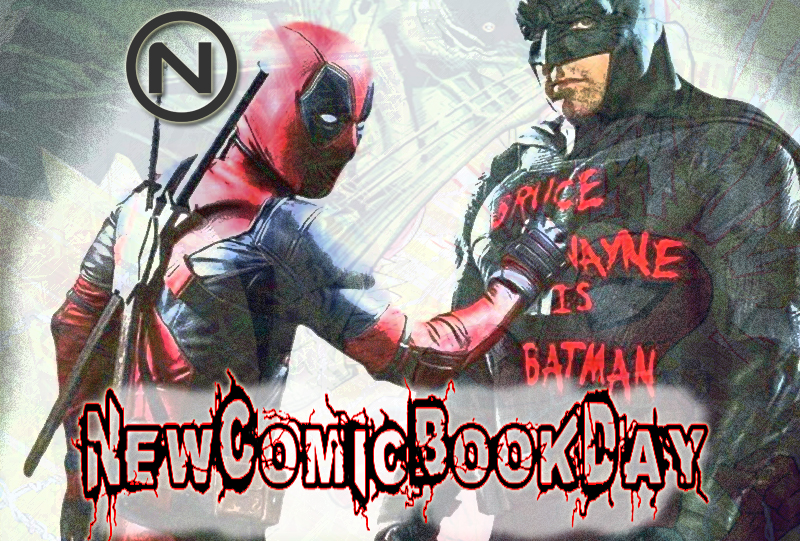 In New Comic Book Day this week we're going to do that past and present (ish) look at a title, again...