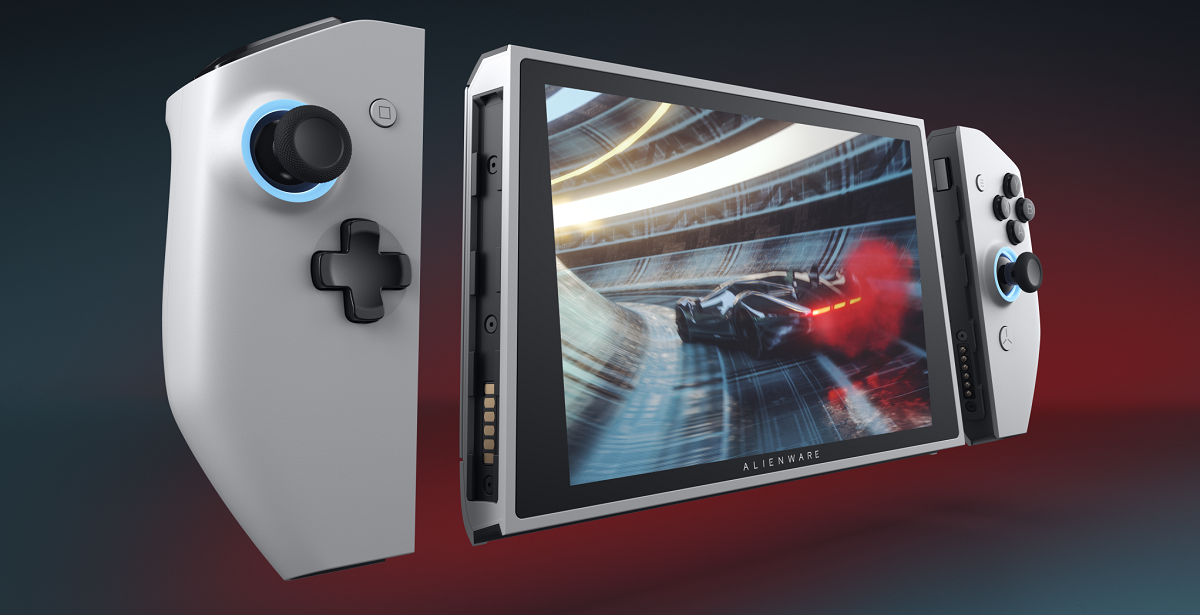 Alienware, widely known for being a high-end gaming division owned by Dell, took the time to unveil its Concept UFO - an 8-inch handheld gaming PC that is definitely inspired by the Nintendo Switch in more ways than one.

As the name suggests, it is a concept device, meaning it may never make it to market. That being said, Alienware didn't bother to announce the price nor the release date for the Concept UFO.

The device boasts an 8-inch screen and has 1200p resolution, which is a massive leap from Nintendo's 4.2-inch 720p screen. It also includes detachable controllers that put it right in the firing lines of the Switch. The Concept UFO can be used in handheld or you can set it on a flat surface with its built-in stand to keep it upright.

Alienware will provide an extra controller grip to use the pair as a single controller too, but it doesn't seem like you can use the left and right controllers individually for different players. Specs sit within the 10th generation Intel processor and the portable device will have access to WiFi, Bluetooth, and Thunderbolt. It also comes equipped with two USB-C ports and can be controlled with a mouse and keyboard like its bigger PC brethren.

This tech demo can entice PC gamers to get a powerful portable gaming solution. However, that all depends on whether or not Alienware are willing to take this concept to market.

DEATHGIGAS
If it's Alienware, then it's already out of most peoples budgets.

Lurch
"Innovation" may be a strong word when you're directly copying the design of an existing product, but with so many PC games including gamepad support these days, it could make sense. Now to see how it compares to the Switch's $300 price point?