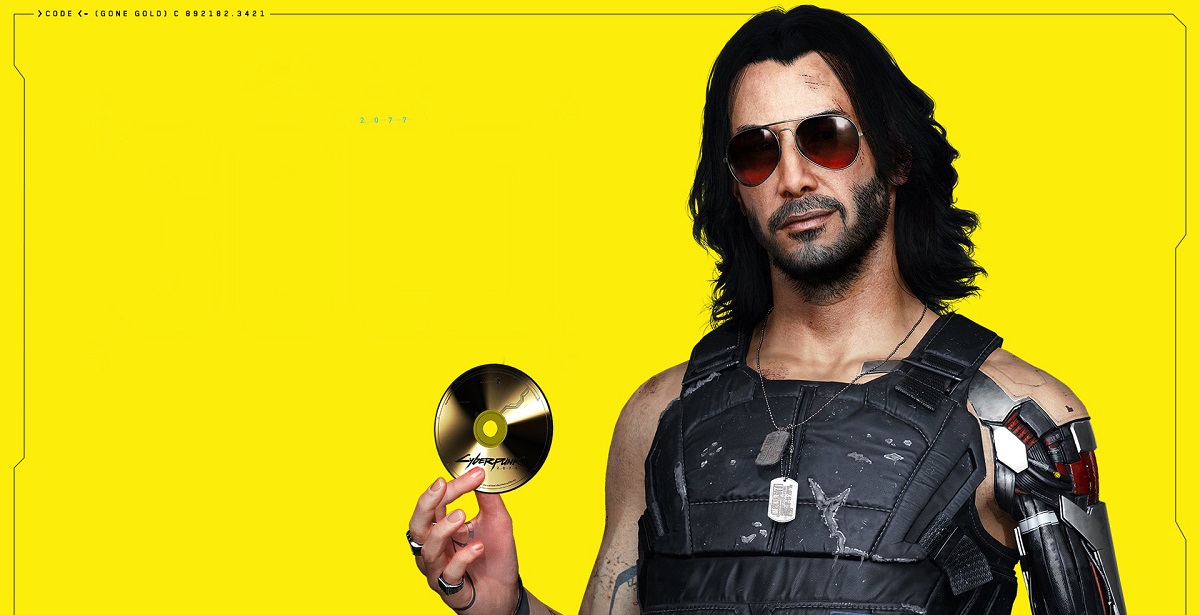 After months of delays and mounting anticipation, it looks like CD Projekt Red's ambitious open world RPG, Cyberpunk 2077, is just about ready to hit retailers. The street date for the game has officially broken as physical copies are now being sent out to retail stores all over the world - with some buyers even claiming that Best Buy accidentally sent them their pre-order copies early. Amidst all the excitement and the chance to finally play this long-awaited project on December 10th, CD Projekt Red have also issued a statement urging players who received their copies early to not stream or spoil the game for others.

CD Projekt Red's latest statement about Cyberpunk 2077's broken street date reveals that some will get their hands on copies before launch. As such, the Polish developer has asked that players do not stream the game, post let's plays, or upload any similar content until December 9th. The studio will enforce strict measures by sending out strikes against those who upload videos prematurely, which is fair considering early copies will already break embargo and might spoil the experience for many. In case you might want to browse social media safely, we recommend blocking "Cyberpunk 2077" as key words from your feed until launch. 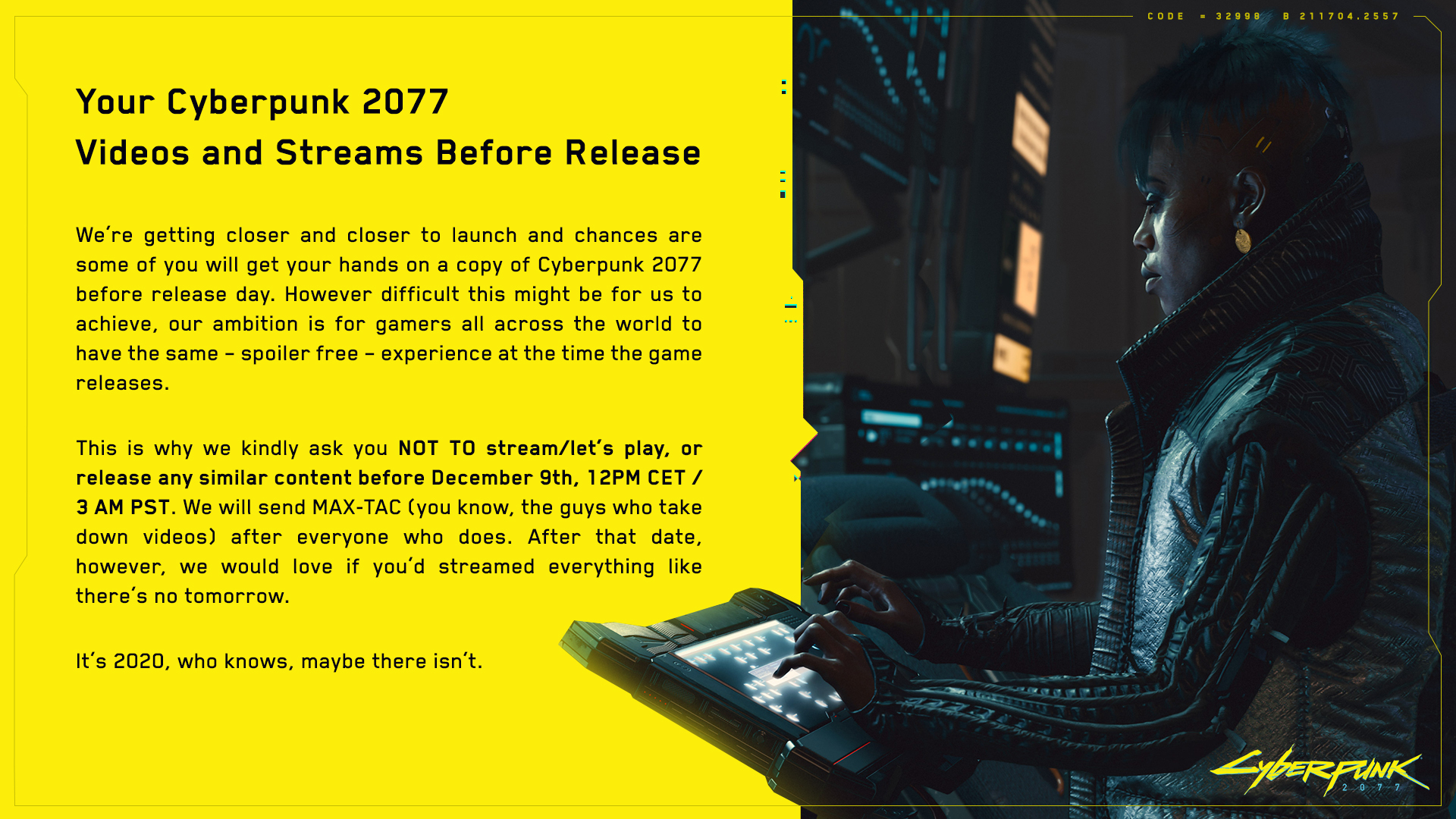 Meanwhile, CD Projekt Red also released a video showcasing Cyberpunk 2077's recently announced Photo Mode, which has a variety of options to push your photography skills. Check out the video below:

Cyberpunk 2077's final release date of December 10th seems pretty much locked in at this point. With retail copies out in the wild, it means that the game will be ready to ship on its launch date. For all things Cyberpunk-related, make sure you follow Nexus Hub for the latest updates, reviews and features.

Scottie
This is a game I will just update for the next two months before playing. I see Mafia Remake has finally settled down with all the patches. I can play that now instead.

KnightFall500
@Coffeboy Thats the FIRST update, apparently there will be a second one.