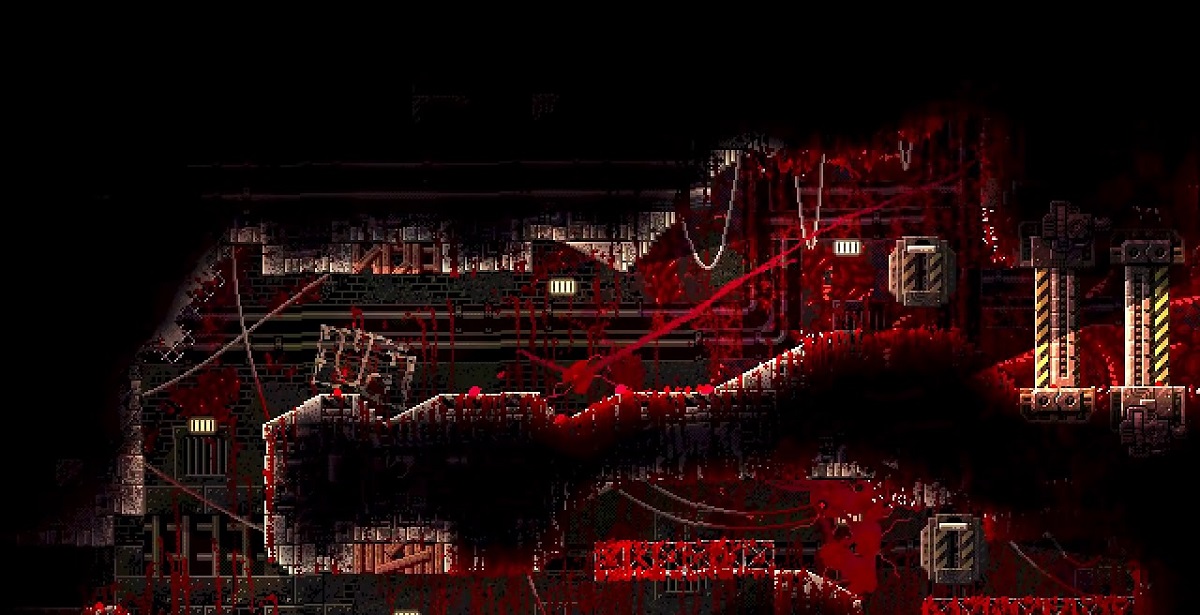 Devolver Digital's Carrion, a side-scrolling reverse horror title where players assume the role of the monster instead of the human hero, was revealed earlier this year to the interest of many gamers, praising it for its innovative spin on the age-old video game narrative. The indie project from developer Phobia Game Studio is expected to release sometime in 2020, originally planned for just PC, but now we've learned that it will also be coming to Xbox One.

The announcement of Carrion coming to Xbox One was also accompanied by its own trailer, which you can watch below:

In Carrion, you play as an amorphous monster of unknown origin whose only goal is to sow fear and terror in the research base you wake up in. Your mission, if you choose to accept it, is to kill and grow and terraform the environment around you and boy, does it look like a giant pile of gory, human-ending fun. Carrion looks like a carnage-infused, tentacle laden Metroidvania style game and if that doesn’t get you excited, then nothing will. If you’re still on the fence, then take a look at the Xbox One gameplay trailer below for what to expect.

Carrion is currently in development for PC and Xbox One, and is expected to arrive sometime in 2020. Follow Nexus for future updates on that!