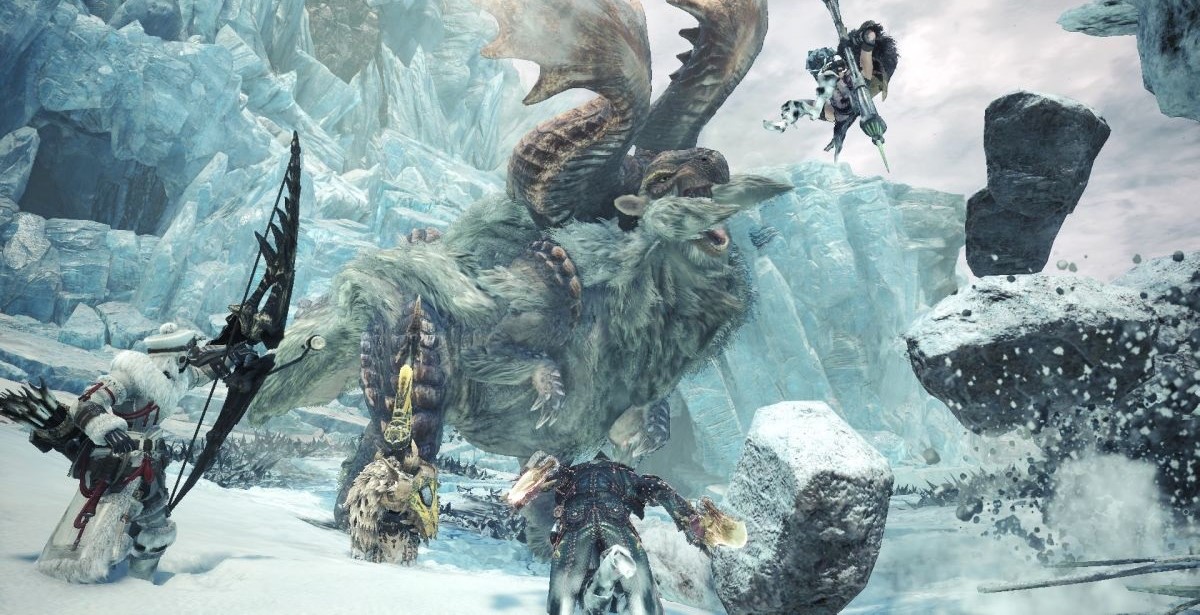 The Monster Hunter World: Iceborne roadmap has been shared by Capcom, detailing how the PC and console versions will be “synced” from April this year.

Currently, the content updates to Capcom’s Monster Hunter World: Iceborne see console players receiving content far ahead of PC players, and while Monster Hunter only recently came to PC with World, there is still a large player base on PC. Capcom has at least recognised this, and opted to include PC players in getting content updates at the same time as console players from April 2020.

Fortunately, PC players will receive the Rajang update in February, which will include new monsters - such as Rajang - as well as the new Volcanic Region in the Guiding Lands. Another new region, Tundra, will open doors for encounters against Stygian Zinogre, coming in March, but the most exciting part of these update is the chance to take part in the Safi’jiiva Siege - the adult form of Xeno’jiiva from the base game. The Tundra will also introduce monsters such as Barioth, Viper-Kadachi, and Velkhana to the Guiding Lands as well.

Content will sync up on PS4, Xbox One & PC starting in April. pic.twitter.com/yYhk013yaP

The Resident Evil/Monster Hunter World collaboration event will also be coming to PC, offering players the chance to gather materials to create Leon and Claire armour, become zombies, acquire three Racoon City-theme pendants, and best of all, have Mr X as your handler.

Monster Hunter World: Iceborne is now available on PC, PS4, and Xbox One.