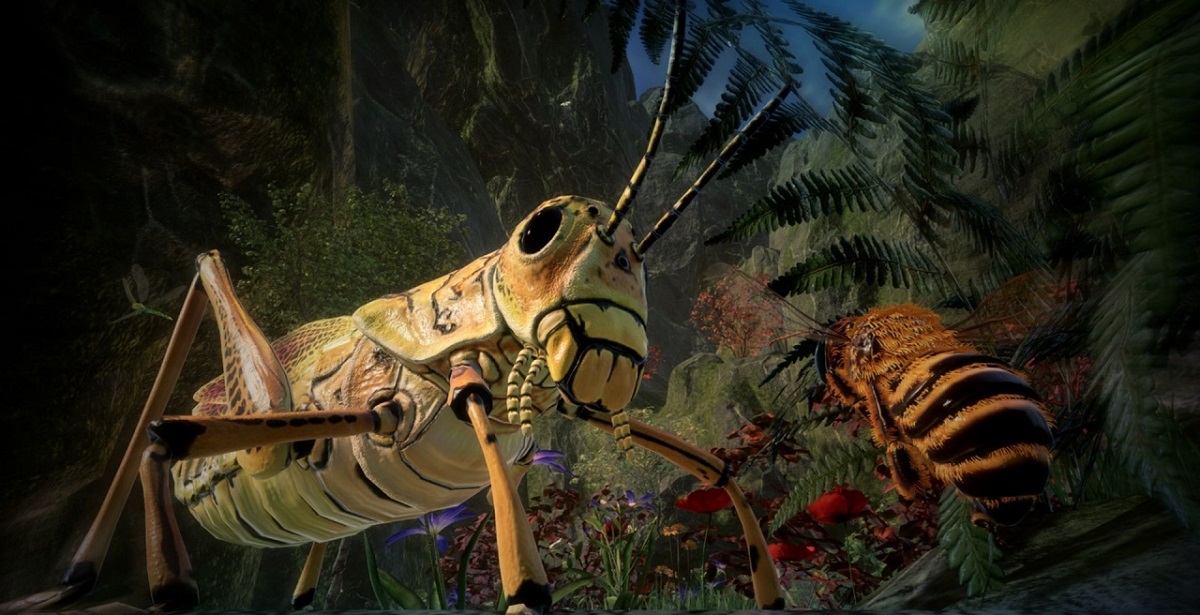 A brand new trailer for Bee Simulator from developer Varsav Game Studios and BigBen Games has been released at Gamescom 2019, showcasing a much-needed dose of couch co-op gameplay. Bee Simulator follows a long line of "Simulator" games, usually developed to poke fun at certain genre tropes and concepts. However, Bee Simulator appears to be taking its own approach to the formula, presenting some beautiful, seemingly polished gameplay (which is, to be honest, a lot more than you can say about other "Simulator" games) and promises a relaxing experience.

You'll be able to play Bee Simulator with either one of your friends, or a group of them. There will be split-screen co-op gameplay of up to four players, and best of all, it looks like you'll be able to solve various puzzles, interact with each other in strange but charming ways, and soak in the wonderful massive worlds and environments together. At face value, it does seem like a bizarre concept, but there's some grit beneath it all. The gameplay is simple enough to grasp, but wonderfully original as well.

Bee Simulator will launch on November 14, 2019 for Xbox One, PS4, Nintendo Switch, and PC.