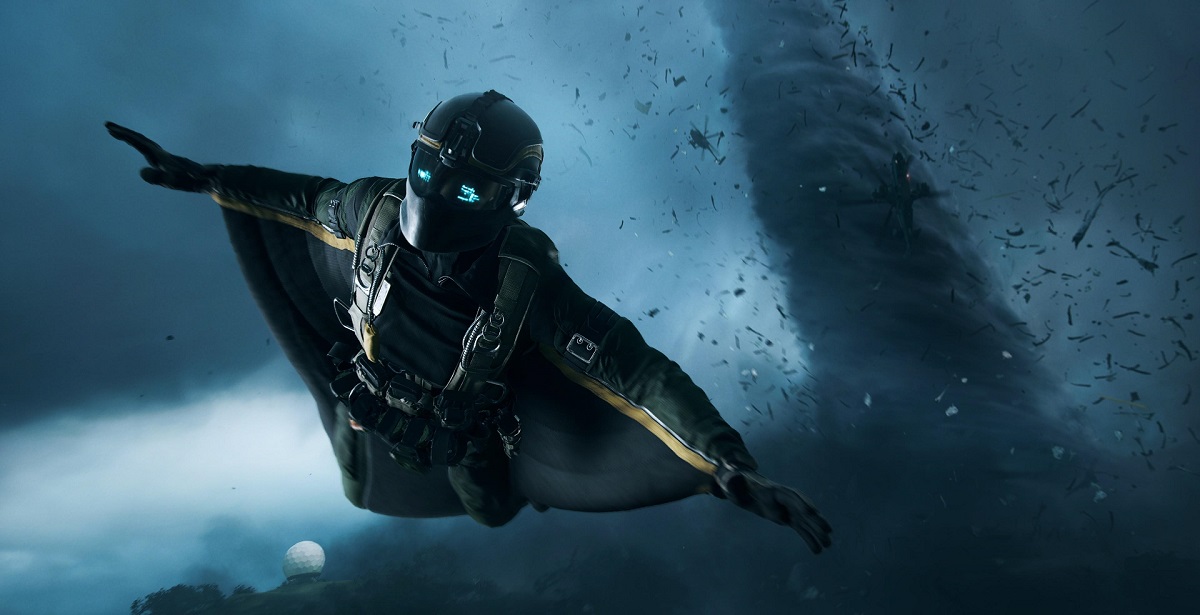 During last night's Xbox and Bethesda E3 2021 showcase, we finally got a glimpse at the first gameplay for Battlefield 2042, showing off the game's destructive storms, tornados, massive maps, and the same good old Battlefield mayhem. EA DICE previously revealed the game last week, only showing a brief reveal trailer, but this is the first time we've gotten a good look at the gameplay.

Battlefield 2042 is being touted as having the largest maps in the series' history, and naturally so since it will now need to accommodate 128 players in 64 vs 64 player matches. The gameplay gives us a good indication of the massive carnage that players will be able to cause in the game, especially with the introduction of the tornados that will rip through maps at any moment. The map showcased here also revealed plenty of skyscrapers, with some at least being fully destructible. Check out the gameplay below:

"With support for 128 players, Battlefield 2042 brings unprecedented scale on vast environments across the globe. Players will take on several massive experiences, from updated multiplayer modes like Conquest and Breakthrough to the all-new Hazard Zone.

Fight to define the future in a world transformed by disorder. For the first time in Battlefield’s history, 128 players can join the all-out war at the same time – giving you the chance to take part in massive-scale battles where anything can happen. Get an even greater sense of spectacular, large-scale war on seven massive maps where you'll experience ever-changing battle conditions and gameplay challenges.

Unleash your combat creativity through a full roster of cutting-edge weapons, vehicles, jets, helis, and all-new equipment inspired by the near-future of 2042. Choose your role on the battlefield and form hand-tailored squads through the new Specialist system. Based on Battlefield’s four Classes, Specialists have one unique gadget and trait – but the rest of the loadout is fully customizable."