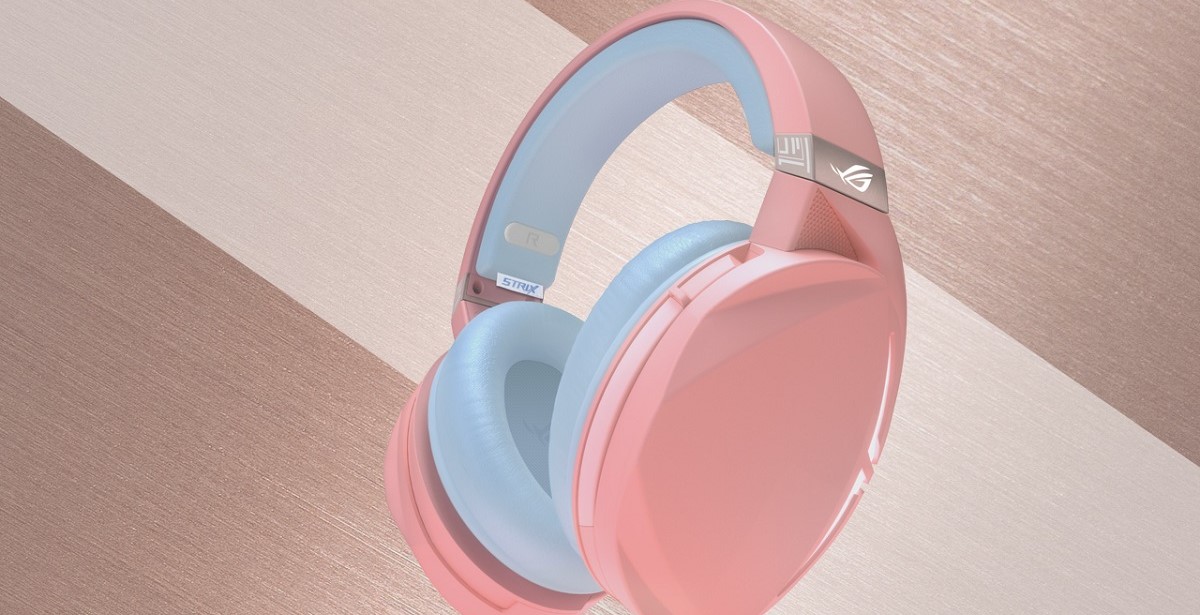 What comprises a good set of headphones in the modern gaming setup? Good audio, obviously, clear microphone, and something unique, something that sets your rig apart from the rest. Asus sent over the ROG Strix Fusion 300 PNK LTD for us to look at, and I think they might just tick all the boxes. 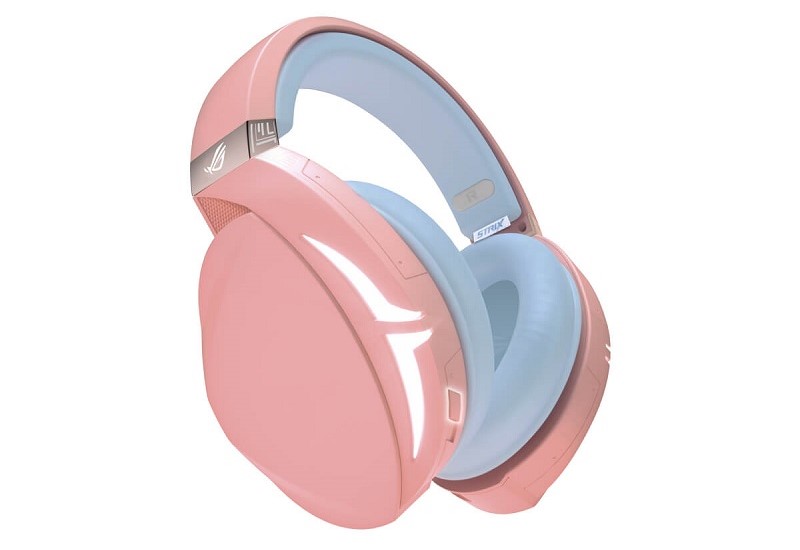 The Asus ROG Strix Fusion 300 PNK LTD - which we will simply refer to as PNK Headphones from here on out - offers 50mm Neodymium drivers, and it shows in the volume and clarity. These size drivers are starting to become standard across headphones, and it's fantastic to see because 50mm offers incredible audio performance.

The dual cup PNK Headphones features a frequency range of 20 - 20 000Hz, and to be honest, my ears started to hurt from 15, 000 and up, due to the intense frequency of the sound. This is actually not a con against the headphones at all, and support for that range of frequency is excellent - if your ears can actually survive. More importantly, however, is the frequency range of the flip boom microphone, which is 50 - 10, 000Hz, making sure your voice doesn't get lost in sonic transmission. The microphone also features -39dB to 3dB sensitivity, to ensure you are crisp and clear at louder volume levels, as well as uni-directional pick-up.

More importantly, however, is the frequency range of the flip boom microphone, which is 50 - 10, 000Hz, making sure your voice doesn't get lost in sonic transmission 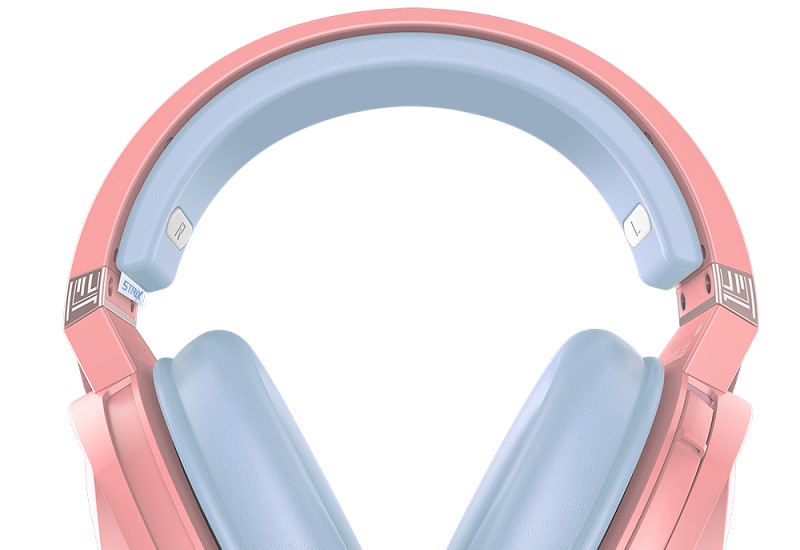 Finally - and this is the most important factor in modern-day gaming headphones - it is available to use on pretty much any platform. Officially, these headphones are supported on PC, PS4, Xbox One, mobile devices, MAC, and even the Nintendo Switch. The added 7.1 surround sound built into the cup drivers themselves are only available on PC, I found, but all other platforms were a simple plug and play.

Officially, these headphones are supported on PC, PS4, Xbox One, mobile devices, MAC, and even the Nintendo Switch

I tested the ROG Strix Fusion 300 PNK LTD headphones on PC, PS4, mobile device (iPhone), and a Nintendo Switch. First, on PC, I attached the USB cable rather than the 3.5mm cable I used for the other platforms, and thanks to the 2-metre cable length, I never worried about running out of cable estate. The USB cable unlocks the 7.1 surround sound potential, which was pretty impressive, but the final two speakers were unfortunately lost somewhat in the madness of the other 5.1 speakers. However, I was able to track sounds much easier when this was enabled. The standard set-up was nothing to complain about either, as both gaming and content consumption was delicious to the ears. The uni-directional microphone offered crystal clear communication on Discord, making strat calls - and rubbish talk - much easier. 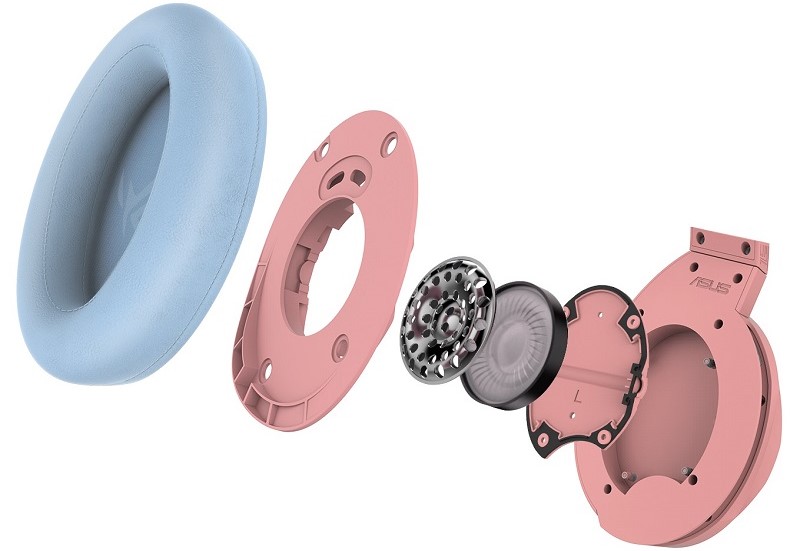 On PS4, the set-up was as simple as plugging the 1.5-metre, 3.5mm cable into the controller. The microphone, again, was clear and crisp over party chat, and while I did miss the extra bit of surround sound that the PC connection offers, the audio quality was unwavering. The same experience can be said of the Nintendo Switch, just without the voice chat. On the mobile device front, I tested the microphone through WhatsApp voice call, Discord mobile, as well as standard voice calls, and - once again - [censored] throughout. In fact, friends couldn't determine the difference between Discord mobile vs. desktop.

On PS4, the set-up was as simple as plugging the 1.5-metre, 3.5mm cable into the controller

One of the most glaring things you might be wondering, "would guys really wear pink headphones?". To that, I respond with, "remember PewDiePie?". Okay, non-simplified answer, is yes; a multitude of guys I spoke to all said the same thing, "how well does it work?". The Asus ROG Strix Fusion 300 PNK LTD are evidence enough that pink is not reserved for females, and history supports this. In fact, blue - a colour that is typically for "boys" was actually the colour pre-determined for girls, and vice versa. So, yes, not too long ago, pink was actually the colour for men, not women, and I think it is great that Asus is bringing this tradition back.

The Asus ROG Strix Fusion 300 PNK LTD are evidence enough that pink is not reserved for females, and history supports this 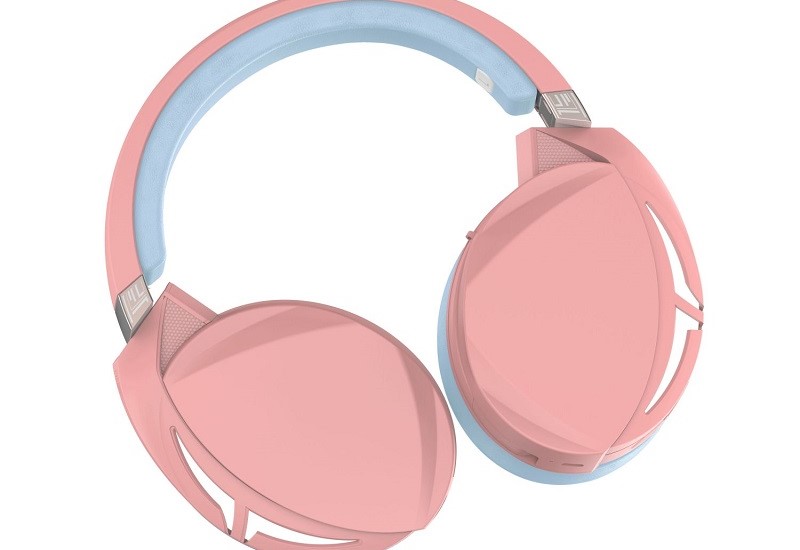 The only real problem I had with the Asus ROG Strix Fusion 300 PNK LTD is the lack of in-line volume control. Whether this was on the cable, or on the cup itself, I think volume control on these would just elevate them to a higher level than they already are. Yes, you could just lower the volume through your controller or your keyboard, but the act of having to bring a menu up - on PS4, that is - in the middle of a fight or activity is slightly inconvenient. Nothing that would not make your time miserable with them, not at all, but in a world of convenience, this simple addition would be perfect, especially in games like Monster Hunter World where you cannot pause the game. 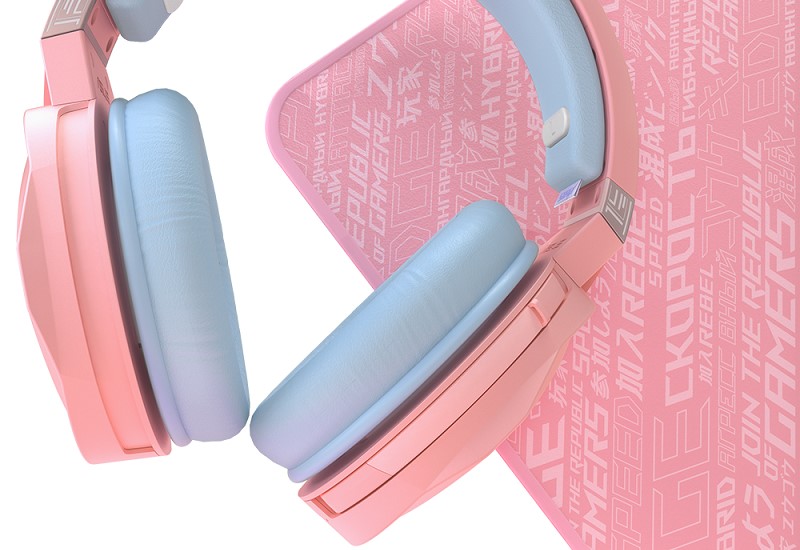 Overall, these are incredible headphones, especially for those looking for a multi-platform solution with clear communication and impeccable sound. The pink colour scheme, that forms part of their limited pink peripheral range, sets them apart from the rest, and the ease of use elevates them even further. My only suggestion would be some form of in-line volume control, purely for the convenience across all platforms.

Overall, these are incredible headphones, especially for those looking for a multi-platform solution with clear communication and impeccable sound