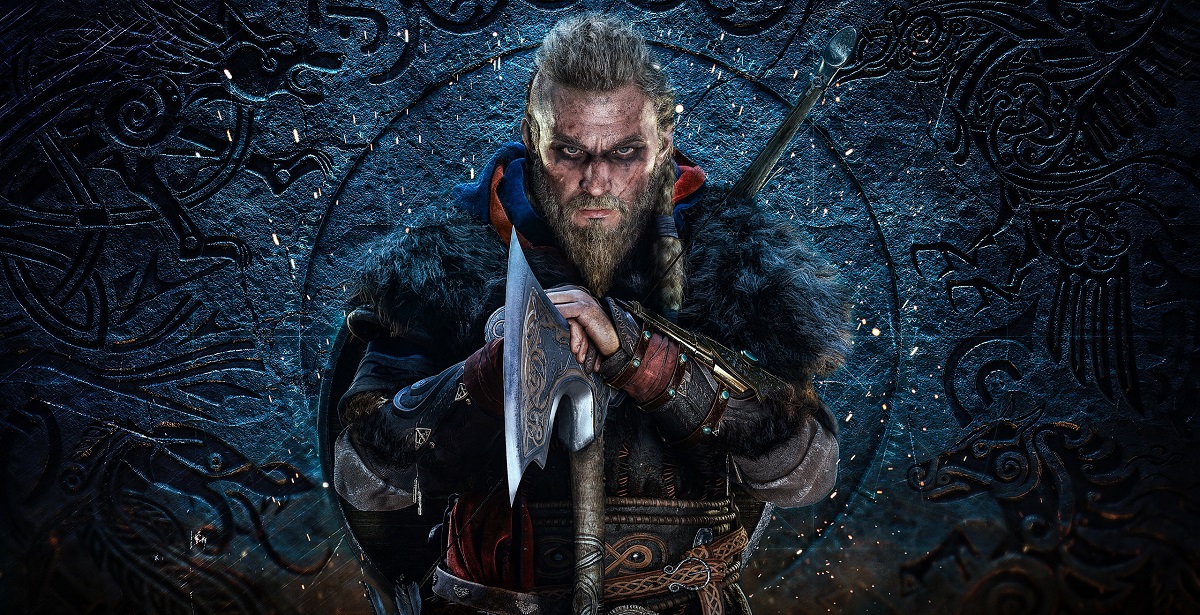 Thor, Mjölnir, raiding and pillaging, Ragnar Lothbrok, dragon-themed boats, old man Kratos, Led Zeppelin, Assassin's Creed... Yeah, vikings are awesome, and they've left quite the cultural footprint in modern media which has significantly shaped our perception of these unruly (and depending on who you ask, dreamy?) Scandinavian warriors. With Ubisoft taking the plunge into this part of history for their upcoming viking-themed game, Assassin's Creed Valhalla, I thought it would be a good idea to clear up some of the misconceptions of vikings, and also rewind time so we can get a better understanding of who these proud people actually were. 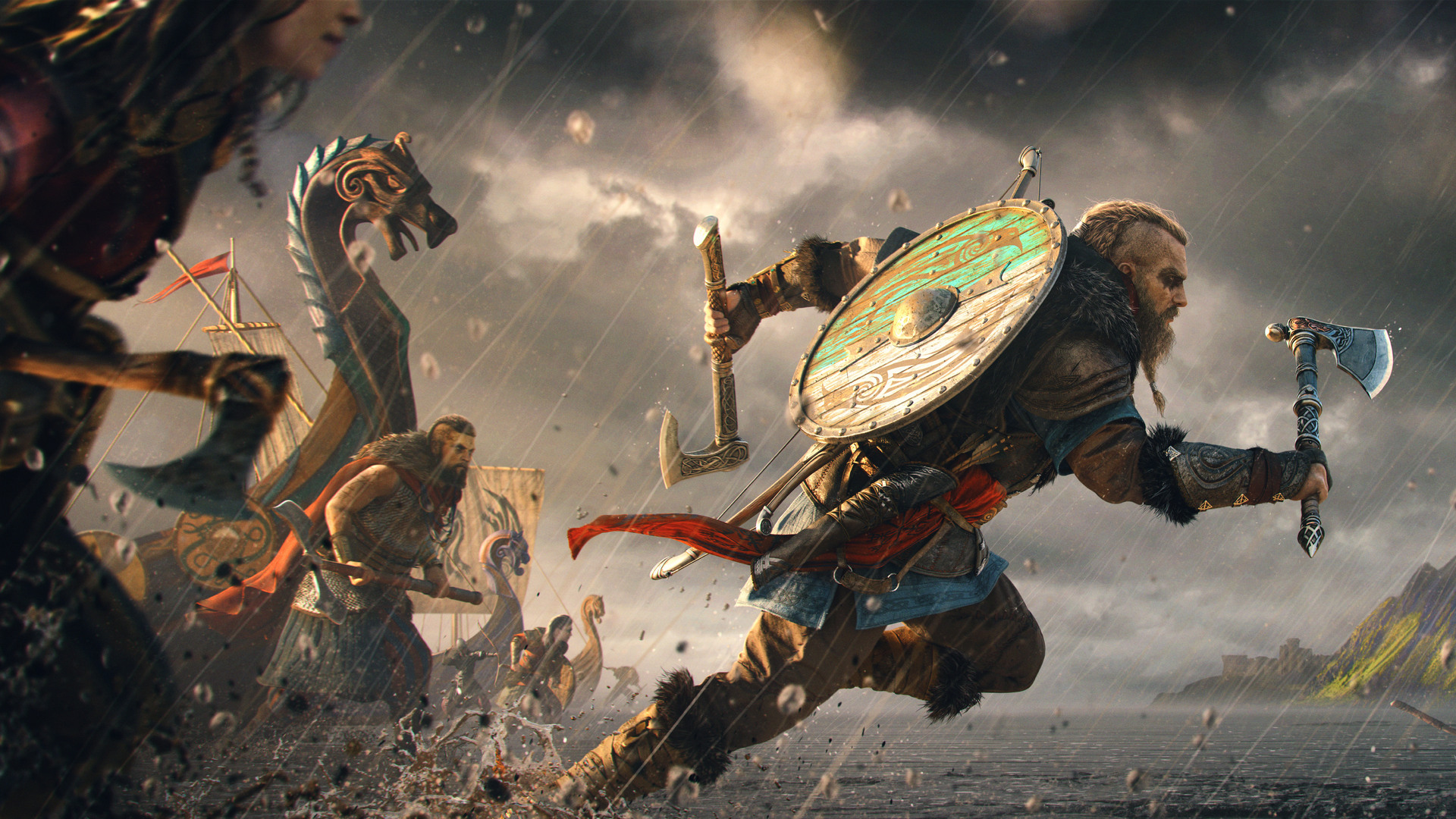 First and foremost, we'll have to clear up some misconceptions that have unfortunately been shaped out of modern media. As you will come to see, there are some vast differences between what pop culture has perhaps led you to believe, versus the true nature of the vikings. The first thing is the raiding and pillaging part often associated with them. While it's true that some raiding and pillaging was involved, they weren't nearly done to the violent extents that we see in pop culture. In fact, you'd be mistaken to believe that vikings were barbaric and lawless, when in actuality, they were far more akin to pan-oceanic traders - and fantastic sailors to boot.

One small but important detail was their attire. For the most part, everything you see in current media depictions of vikings' clothing and armor is presumed correct, with the exception of their helmets. Vikings never actually had horns on their helmets, sorry to shut down our dear Dovahkiin... (side note fun fact: Skyrim's Nords and their way of life were greatly inspired by vikings, even down to Skyrim's Greenland and Iceland-scenic vistas). The last misconception is, well, the entire actual history of vikings. We'll get to that part in a bit... 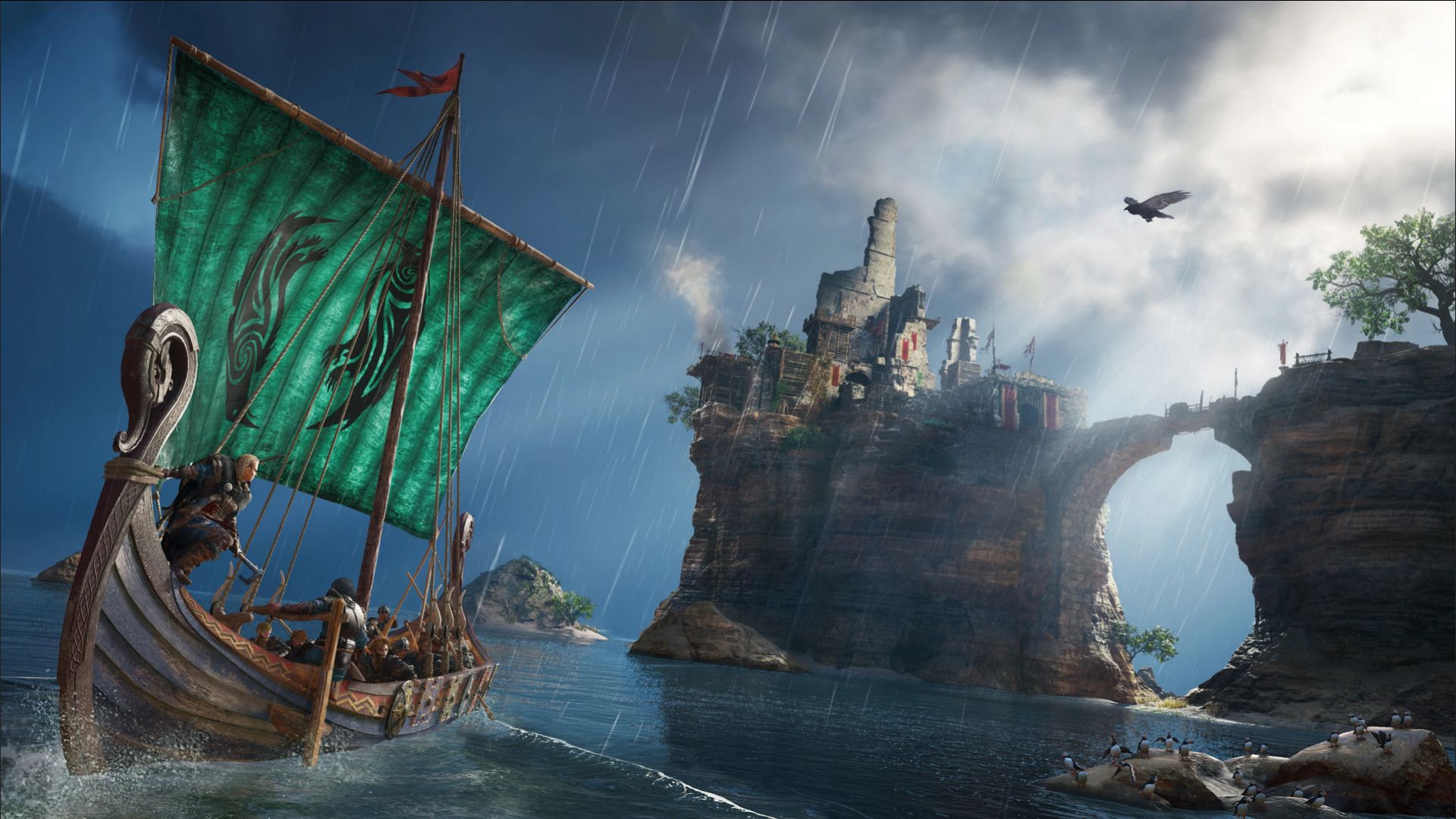 So who were these vikings? They were Norse people originating from southern Scandinavia, which encompassed present-day Denmark, Norway, and Sweden, but their culture spread as far as Greenland, Iceland, parts of Canada, and even Russia, though not prominently so. This age in which vikings would establish home communities within Scandinavia - later known as the divided countries of Denmark, Norway and Sweden - and beyond, would become known as the Viking age, lasting from 793 - 1066 AD. Masters in advanced sailing and navigation, vikings were explorers by heart; though they explored for a few well-known reasons. As you may have deduced, they were raiders and pillagers, though never barbarically so. For the most part, vikings did not plunder many villages unless it yielded some sort of gain: loot. Hence, their primary targets in the early part of their civilization were monasteries. One, because monasteries often housed plenty of valuable loot, and two, the monks that resided in these monasteries didn't put up much of a fight.

However, the most popular reasons for viking travel far and wide across the Northern European region was the establishment of settlements. This was not a seen as a ploy to spread their cultural reach, but rather for agricultural purposes. It is strongly believed that vikings were key participants in pan-oceanic trade at the time. While there was some raiding and pillaging, they were mostly interested in the loot that was later used for trades, and never done to a needlessly vicious or malevolent degree.

So where did our strong misconception of vikings come from? Historically, our first known historical documentation of vikings only happened in the 13th century by Saxo Grammaticus (yes, that's a really cool name) which was a whole 400 years after the Viking age ended. There was also the language barrier to overcome. Early historians derived their understanding of vikings from Scandinavian's inscriptions on runestones, the means in which vikings "documented" their own legacy. Through this, we were able to learn of their way of life, the various viking heroes and important people, and other cultural knowledge - but not all of it. What followed was the most elaborate game of broken telephone across the oceans of time, until these misconceptions were brought full circle during the Romantic era. 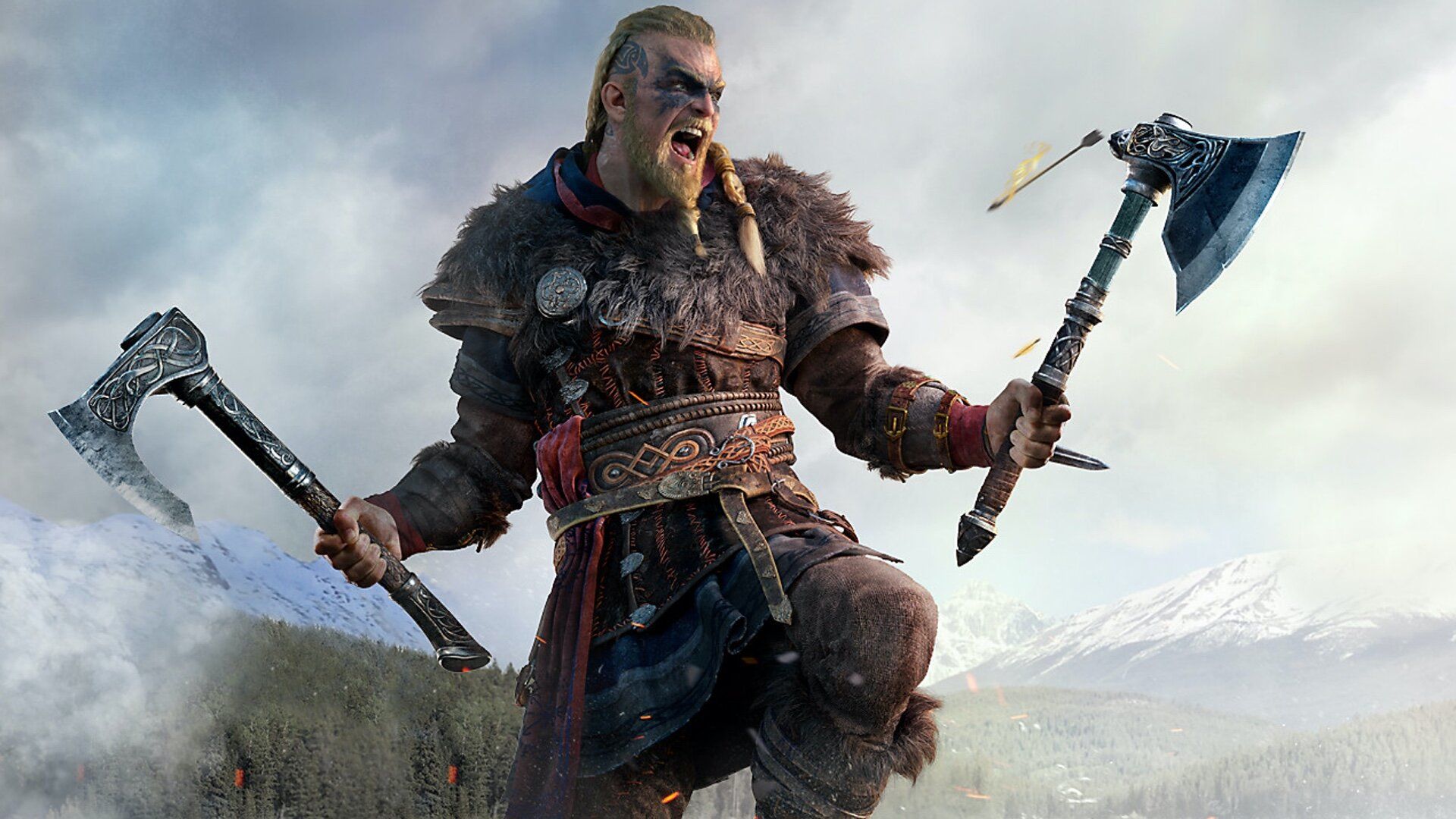 In the 18th and 19th century, the Viking revival happened. Interest in the Viking age was reawakened, though with a heavily romanticized point of view. By reviving the early works of historians like Grammaticus who once documented Old Norse culture, the Romantic era - known for glamourizing and adding heroic overtones to history - shed a different light on vikings; that of lawless, sea-faring murderers and plunderers. In fact, the word "Viking" actually originates from the Romantic era, deriving from the Old Norse word "vikingr" which translates to "pirate" (it's easy to understand why our image of them exists in this light now). Thus, our modern understanding - or rather, misconceptions - of vikings was born: the beefy warriors bound to the halls of Valhalla; the bearded, horned pillagers, raiders, plunderers and killers; the Spartans of the oceans... the reconstruction of a Viking.

This is where I can heap some praise at Assassin's Creed Valhalla. From what we've seen so far, the game is sidestepping these misconceptions (for the most part) and sticking to a fairly accurate portrayal of vikings, that of the settlers, traders and excellent sailors rather than the barbaric brutes of the Romantic era. One key gameplay element present in the game is settlement building. Much like the accurate historical depictions of vikings, they were largely nomadic until they could settle on a location, though this was obviously met with retaliation from opposing forces. 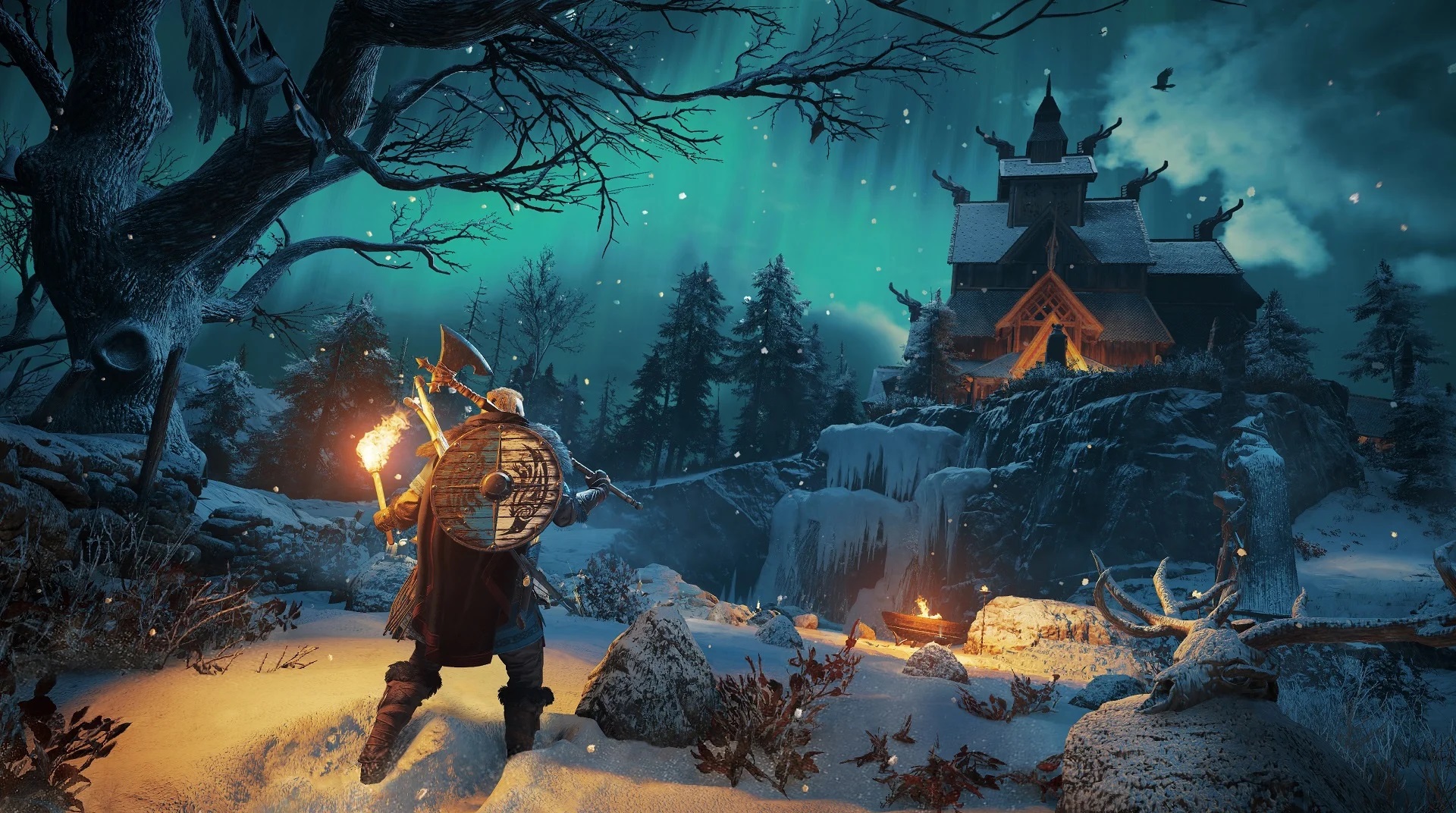 So let's talk Norse mythology for a second. While I won't go into detail about the entire mythology because you'd be reading a novel instead of an article, but specifically, Assassin's Creed's interesting use of the subtitle "Valhalla" and what we can piece together from the trailer about the historical accuracies and where mythology will seemingly play an important role. In the cinematic reveal trailer, our protagonist, Eivor, witnesses the great Odin appear on the battlefield for a spot of encouragement. In Norse culture, the gods (like Odin) were often watchful omnipotent beings. It's in Odin's realm of the gods, Asgard, that we can find the very non-metaphorical hall of Valhalla, a paradise only for the destined and most noble vikings.

That isn't to say that Assassin's Creed Valhalla will lean into its supernatural overtones such as Norse mythology (though there's evidence to suggest it will), but understanding Valhalla means understanding just how driven vikings were to achieve greatness in their lifetime. Above being the traders and settlers of yore, the Romantic depictions of vikings added a layer of heroism to their deeds. Of course, not all modern depictions of vikings would be accurate or particularly make for a fun video game, but Assassin's Creed Valhalla seemingly nails aspects of viking culture that is almost untouched in pop culture - and that's a very exciting prospect.