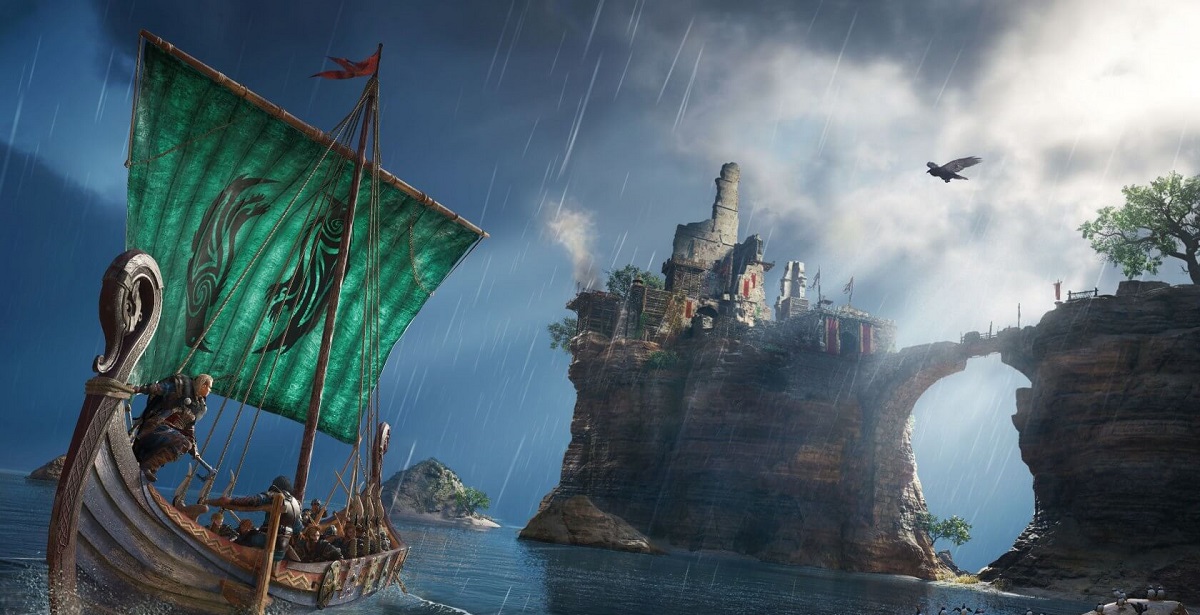 Earlier this week, a full 30 minutes of Assassin's Creed Valhalla gameplay leaked online and spread like wildfire. The footage took us through various aspects of the game, such as dialogue, exploration, combat, gear, and more. Now, thanks to another leak (which is seriously getting out of control ahead of the game's showing at Ubisoft Forward this Sunday), we have another glimpse of gameplay from Valhalla in the form of a rather exciting boss fight.

Once again playing from the perspective of female Eivor, the footage sees players battle against the dual-wielding Cordelia. It's a melee-focused fight and due to Cordelia's relentless flurries of attacks, you're constantly on your feet. However, things change up in the second phase and we finally see Assassin's Creed - which has been toying with elements of the supernatural for a while - lean into that mystical realm. Cordelia gets a boost of lightning powers, and the fight becomes a bit more challenging. After the fight ends, we get a new look at the massive skill tree again. We don't know when the footage will be taken down, so catch it on YouTube below,

Assassin's Creed Valhalla is one of the games confirmed to appear at the upcoming Ubisoft Forward event this Sunday, where the developers will present new gameplay and details (and hopefully alongside a concrete release date too). The game will once again take a similar route to Origins and Odyssey and feature a stronger focus on RPG mechanics, with settlement building being a key focus too. As the leaked gameplay shows, it doesn't stray too far off from its predecessor, Odyssey, in terms of scope, ambition and role-playing. Let's hope it manages to deliver an experience as equally satisfying too.

Assassin's Creed Valhalla is in development for PS4, PS5, Xbox One, Xbox Series X, and PC.

Blaze
@Coffeboy Yeah I see what you mean. I'm just a little underwhelmed, hopefully it makes more sense in context when we play it.

Coffeboy
its just like odyssey, not a bad thing, was just hoping for something a little different .