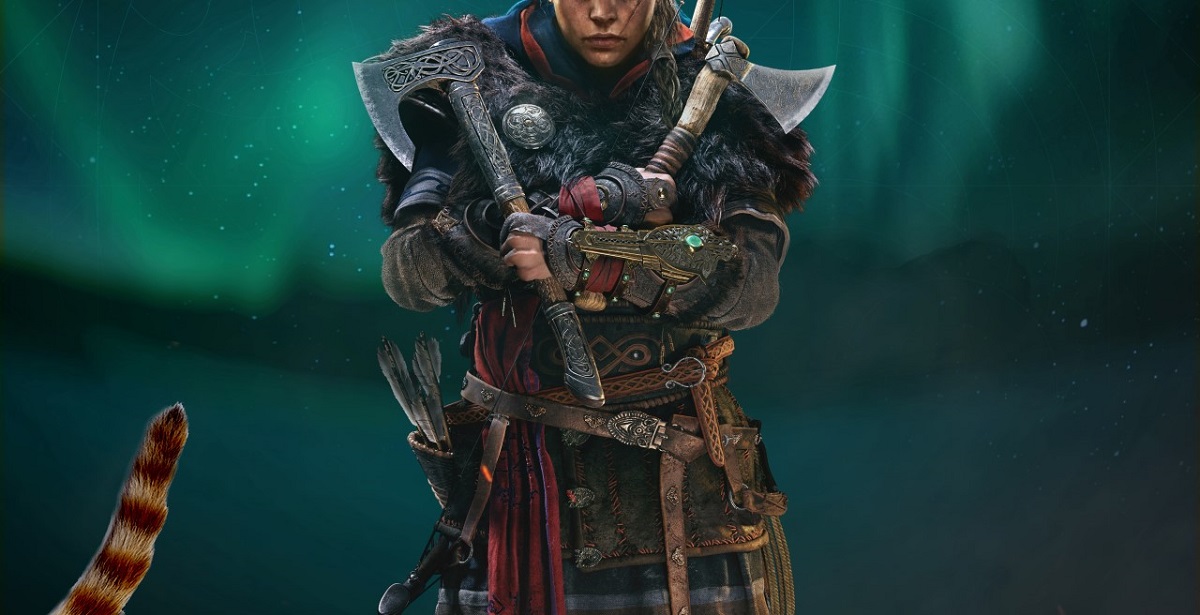 The Assassin's Creed series has slowly begun to lean more heavily into its supernatural and mythical elements for a while now, with Origins featuring an illusion-battle against a giant snake, and Odyssey featuring a number of well-known Greek myths and legends. Now, Assassin's Creed Valhalla will also present Norse mythology in a few of its side quests and activities in the open world. At Gamescom 2020, Ubisoft took us on a gameplay walkthrough of some of these mythical beasts, which do sound like exciting distractions from the main storyline.

The gameplay walkthrough of Assassin's Creed Valhalla's few mythical beasts (that we know of so far) includes the Black Shuck, which is inspired by tales in England revolving around sightings of a vicious, large black dog that's the "devil incarnate". Eivor will be able to encounter and battle this formidable beast. Another myth highlighted in the gameplay is actually a homage to Shakespeare's King Lear, but also inspired by its own legends and myths. Finally, scattered around England is tales of Ragnar Lothbrok, one of the most famous vikings in history.

While the gameplay doesn't show much more of the mythical beasts aspects, we assume they're keeping some of the surprises for the full game. After all, the viking era and setting is host to a number of fascinating mythologies and legends to explore, which means we'll likely see some of the bigger ones appear in the game at some point, even in the form of post-launch updates. Nonetheless, if you enjoyed the lean into supernatural undertones from Origins and Odyssey, then you might find some stuff to love about the upcoming Valhalla. We'll just have to see how the full game pans out.

Assassin's Creed Valhalla releases on November 17th, 2020 for PS4, Xbox One and PC, with free upgrades to PS5 and Xbox Series X.