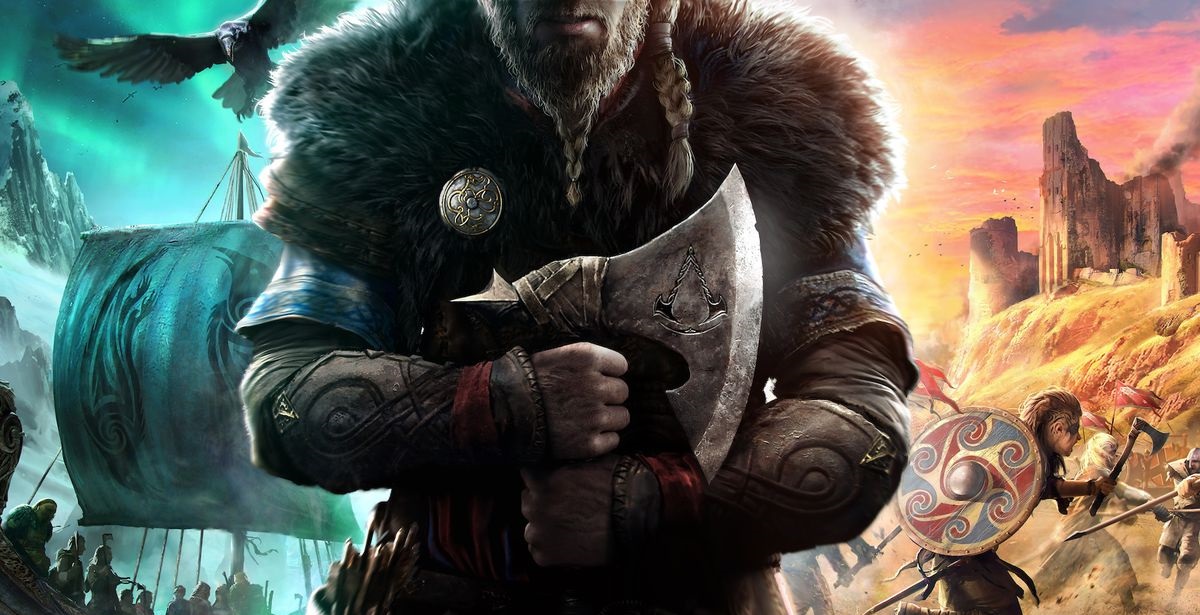 The cinematic trailer for Assassin's Creed Valhalla has finally been revealed after almost two days of teasing its arrival - and it's everything fans expected it to be, with a confirmation on its Norse/Viking setting. The cinematic trailer doesn't offer a lot of story details, but teases some potentially exciting gameplay features and of course, ends with a tie-in to the overarching Assassin's Creed mythos.

The cinematic trailer for Assassin's Creed Valhalla begins with narration from King Alf, potentially our villain of the game, who undermines Vikings by calling them "heartless, godless barbarians". We then see these Vikings arrive on the shores of an island, though spliced with scenes of their homelands and villages. The proceeding events sees our main character - after witnessing a hooded figure which we've learned is Odin - fight against England's forces with his army, only to face off and defeat one of its champions with - you guessed it - the hidden blade.

Eurogamer reveals our first story and some gameplay details as well. You play as a hero named Eivor (either male or female), and will have to focus on building your viking settlement. Meanwhile, England's King Alf reigns over the country with an iron fist and wants to eradicate the vikings and their way of life. The map will feature Scandinavia, Norway and Britain, with travel by land and sea, though naval battles will be dialed back.

Gear (along with your boat) is customizable, including beards and tattoos, and you'll be accompanied by a raven, who will serve as your animal companion throughout the game. Valhalla will once again lean into its RPG mechanics (introduced in Origins and Odyssey), though Ubisoft promises changes to the formula, such as your central settlement being the main focus (and the story naturally branching out around it) as opposed to never-ending quests on a large, unmarked map.

We will bring you more details about the game soon, so stay tuned to Nexus for further updates on the next chapter in Assassin's Creed!

KnightFall500
Reminds me of that Vikings TV show.
But need to see some gameplay.