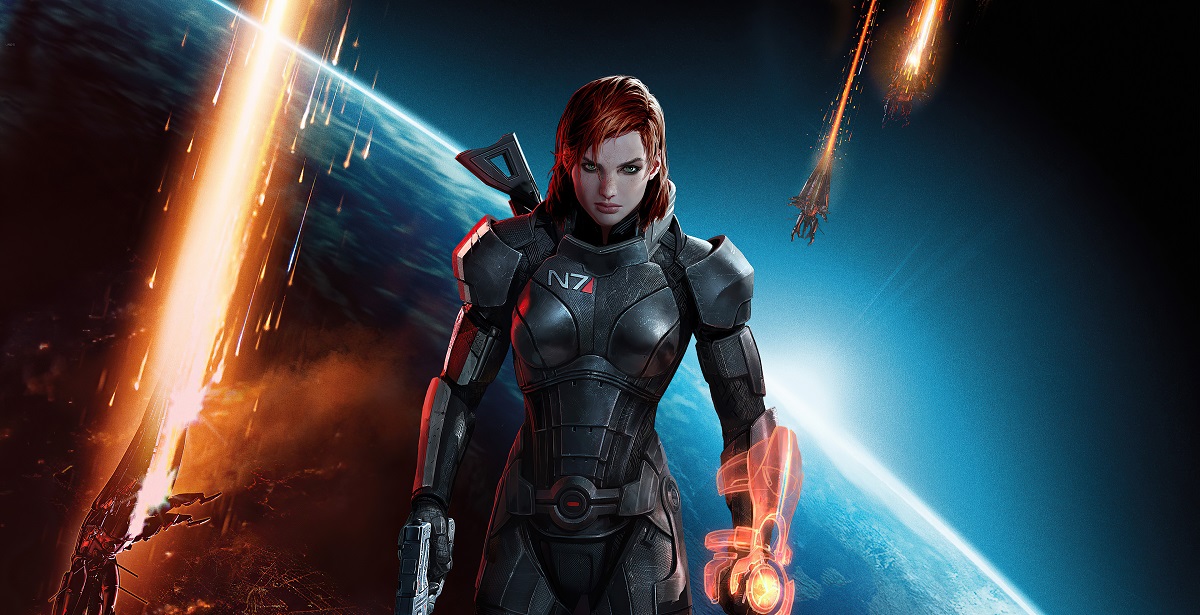 Having recently run through the Mass Effect Legendary Edition, I've come to appreciate Mass Effect 3's controversial ending - perhaps in a very different light than how I saw it on my first playthrough several years ago. I'll be the first to admit that, after experiencing the colour-swapped endings before, I was left quite disappointed, mainly feeling that my actions had little consequence on the ending as a whole. However, when viewing it through a more creative lens, some interesting revelations dawned on me about what BioWare were aiming to achieve.

WARNING: This article will contain massive spoilers for the Mass Effect series. Turn away if you don't wish to be spoiled. 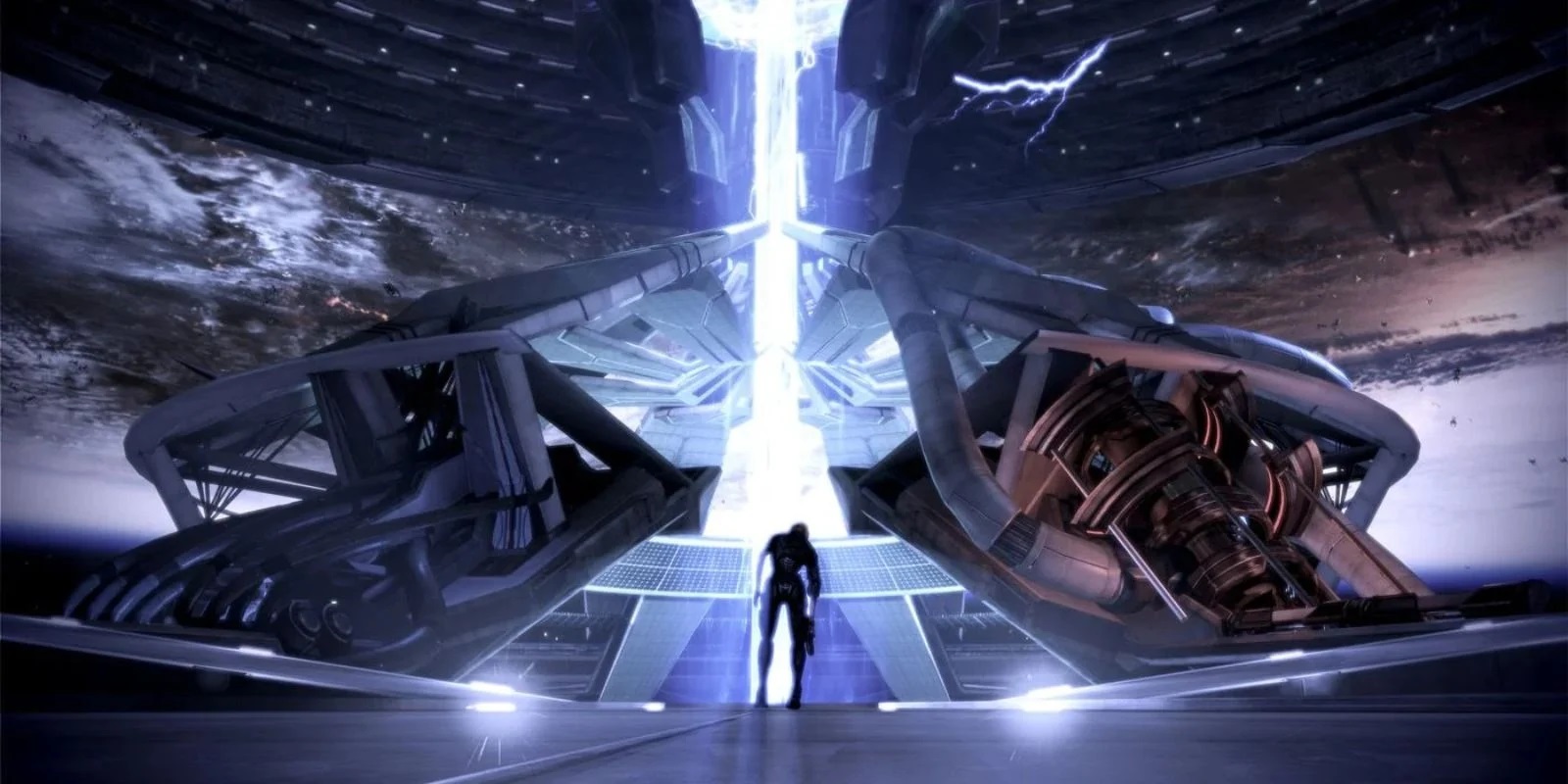 First and foremost, Mass Effect 3, in its entirety, needs to be viewed as the ending. From the moment the Reapers invade Earth in its jaw-dropping opening, the weight of all your decisions made in the first two games come crashing down on you, and for the most part, the game maintains those high stakes throughout the experience. All your actions - whether it was saving the Rachni queen, killing or saving Wrex, and keeping most of your squad alive in the Suicide Mission - have tremendous weight to how you perceive Mass Effect 3 as a whole. Needless to say, if you made clumsy decisions, you're bound to have a few clumsy missteps in Mass Effect 3.

I'd always make a few errors that resulted in me perhaps not having the full context of Mass Effect 3's best moments.

However, if the morally correct decisions were made and you let events unfold (and by that I mean leaning so heavily into the Paragon route, you break the bar), then Mass Effect 3 really sores in its storytelling ambitions. In the past, I'd always make a few errors that resulted in me perhaps not having the full context of Mass Effect 3's best moments. Whether this was letting crew members meet a grim fate in Mass Effect 2, or just feeling like a genocidal maniac towards the Krogan and Rachni in the first game. I wanted to re-experience Mass Effect 3 having made decisions that would give more weight to the finale of the trilogy - and boy, did it pay off this time. 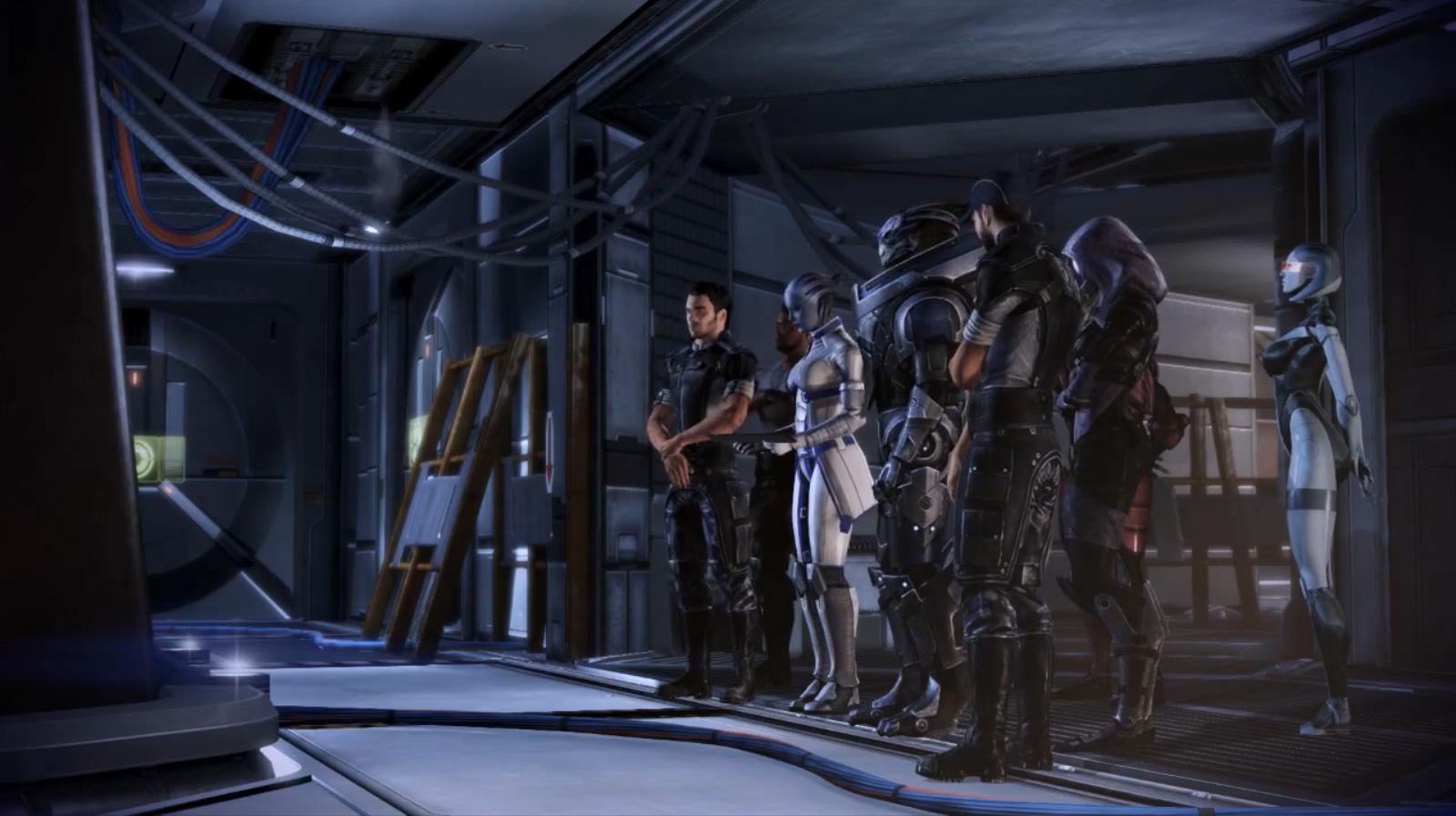 Unfortunately, this is both the massive pro and con of Mass Effect 3. So much of how you experience the finale rests on your actions, as the consequences for each and every decision made before almost unforgivingly crumbles on you in the third game. But what if you still took the "optimal" route and were left disappointed by the conclusion? Let's dive into Mass Effect 3's last moments.

You get it, either way, you're probably going to die if you don't make very specific choices.

You're given a handful of options to conclude the trilogy by the time Shepard makes his/her way to the Citadel to deal the final blow on the Reapers. Destroying the Reapers seems like the ideal choice as it fulfills the entire purpose of the protagonist's journey, but at the extreme cost of all non-organic life being wiped out by the wave of destruction - Cerberus-rebuilt Shepard included. You can Control or Synthesize with the Reapers too, but this means that Shepard dies anyway so that his/her conscience lives on in the machines. You get it, either way, you're probably going to die if you don't make very specific choices. Then there's the "screw it" ending, where you doom the galaxy to the Reapers' destruction. Finally, there's the "good" ending, an offshoot of Destroy that ensures Shepard's survival - albeit rather inconclusively. 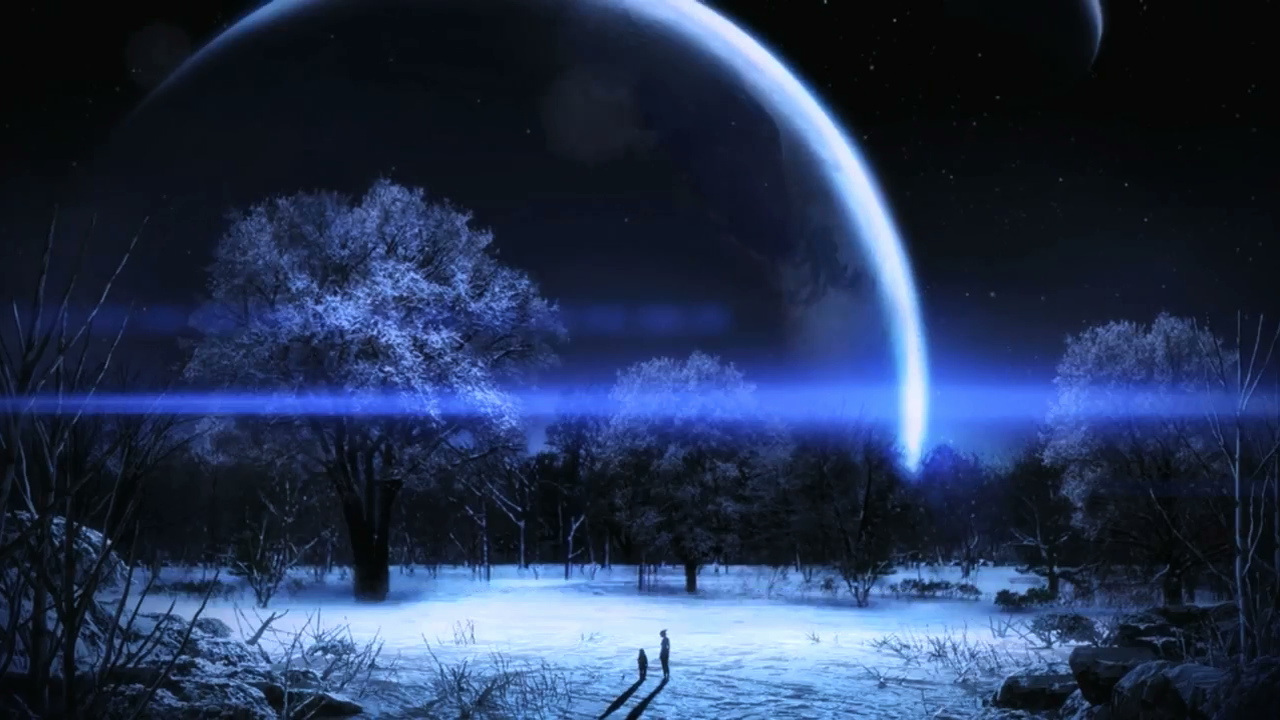 Mass Effect 3's Extended Cut didn't exactly remedy this, but if you so choose, you can keep Shepard "alive" in a kind of vague way that I'm sure BioWare would bank on should they decide to continue the Mass Effect series and possibly bring Shepard back - and hey, speak of the devil! The way I see it, Shepard was always meant to die here. Regardless of which outcome you chose, BioWare felt that the right creative decision was always for Shepard to never survive the finale. Yes, it's not the happy ending that people maybe wanted (or at least would've been happy with the option, "Shepard survives" ending aside), but this is where I came to appreciate the tragic undertone of the martyred hero.

Of course, there's one crucial story beat of Mass Effect 3 that, bafflingly, arrived as DLC: Leviathan. In this DLC, you meet the creators of the Reapers, the Leviathan, sea-dwelling Lovecraftian monsters that existed in a time long before the extinction of the Protheans. The Leviathan DLC is fantastic, mainly because it gives us absolutely vital context to the ending (and just what the hell that little boy was talking about). It's such an important part of Mass Effect's puzzle that was dropped as DLC, and even then, the Leviathans - I must emphasize again, the creators of the damn Reapers - are then simply relegated to being war assets as opposed to having a more direct influence on the ending. 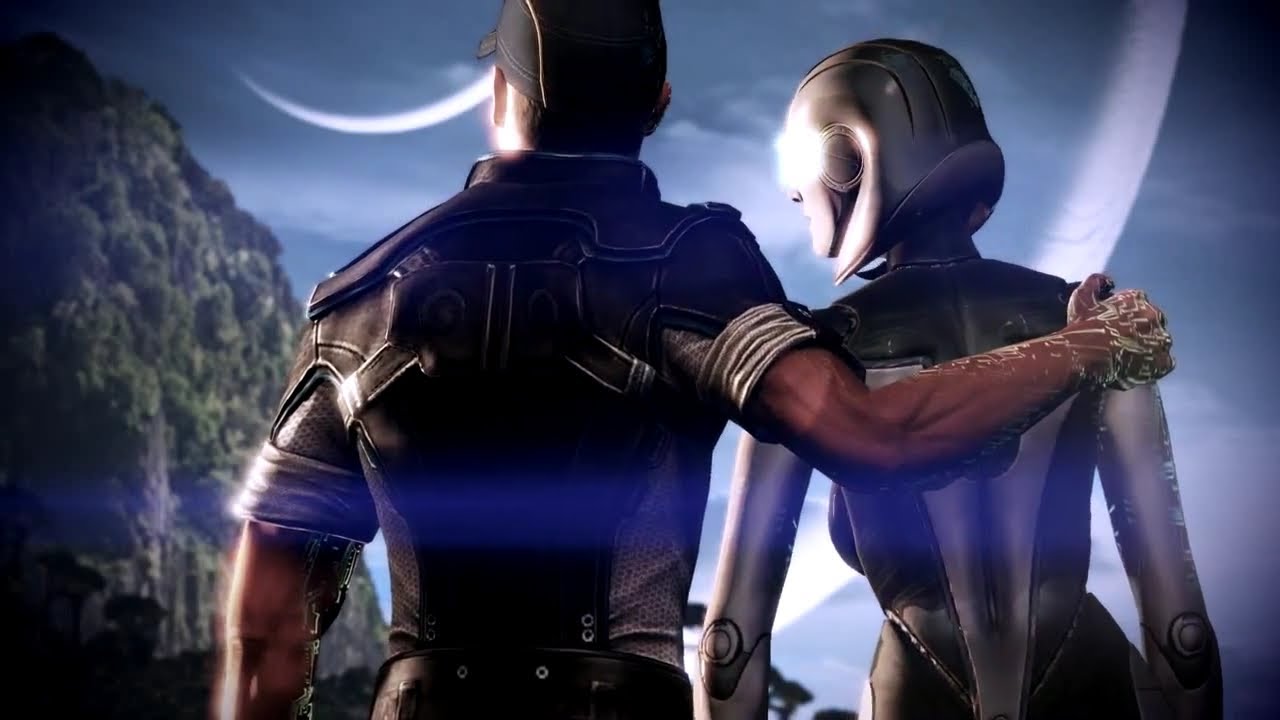 I love that the Leviathan DLC exists. I played it for the first time in the Legendary Edition and it gave me some important context, but I can't help but feel like more could've been done with it. At the same time, Leviathan fills in a blank that actually improves the ending ever so slightly - enough that it managed to win some fans over, and lose others in its missed potential.

In a series mainly driven by choices and consequences, I do agree that it's strange for BioWare to essentially funnel players into an unmissable outcome that didn't ensure the character's survival in a direct way. However, from a storytelling perspective, this was the ending that BioWare wanted for the character, so it creates a strange juxtaposition to the entire purpose of the series. Without fully knowing the "canon" outcome until maybe the next Mass Effect, we're left to wonder if Shepard really lives on or not. But would BioWare really give us that satisfaction, or any conclusive answers? More importantly, would it really be necessary?

That's left up entirely to the player, and that's where I believe Mass Effect 3's ending works. In my perspective, Shepard dies, and that's the tragic but ultimately memorable ending that's been imprinted in my mind. Sure, a happy ending would've been nice, but the weight of Shepard's sacrifice feels like it belongs in a universe so torn apart and divided. Shepard set out to unite a galaxy against a common threat, and the price for peace is given so much more weight by that crucial sacrifice - one that Shepard, and only Shepard, could make for the greater good of the galaxy.

At the same time, I still very much sympathize with players who felt cheated out of a varied ending that culminated in a more diverse selection of outcomes.

Once I made peace with this outcome, it became the only way that Mass Effect's ending could work. At the same time, I still very much sympathize with players who felt cheated out of a varied ending that culminated in a more diverse selection of outcomes. It certainly would've made replaying the trilogy a lot more enjoyable or tragic knowing that you could shift the tide in any direction you wanted. Given the Paragon and Renegade paths that defined the gameplay, this one-out-of-two (or three) conclusion oddly still feels fitting. 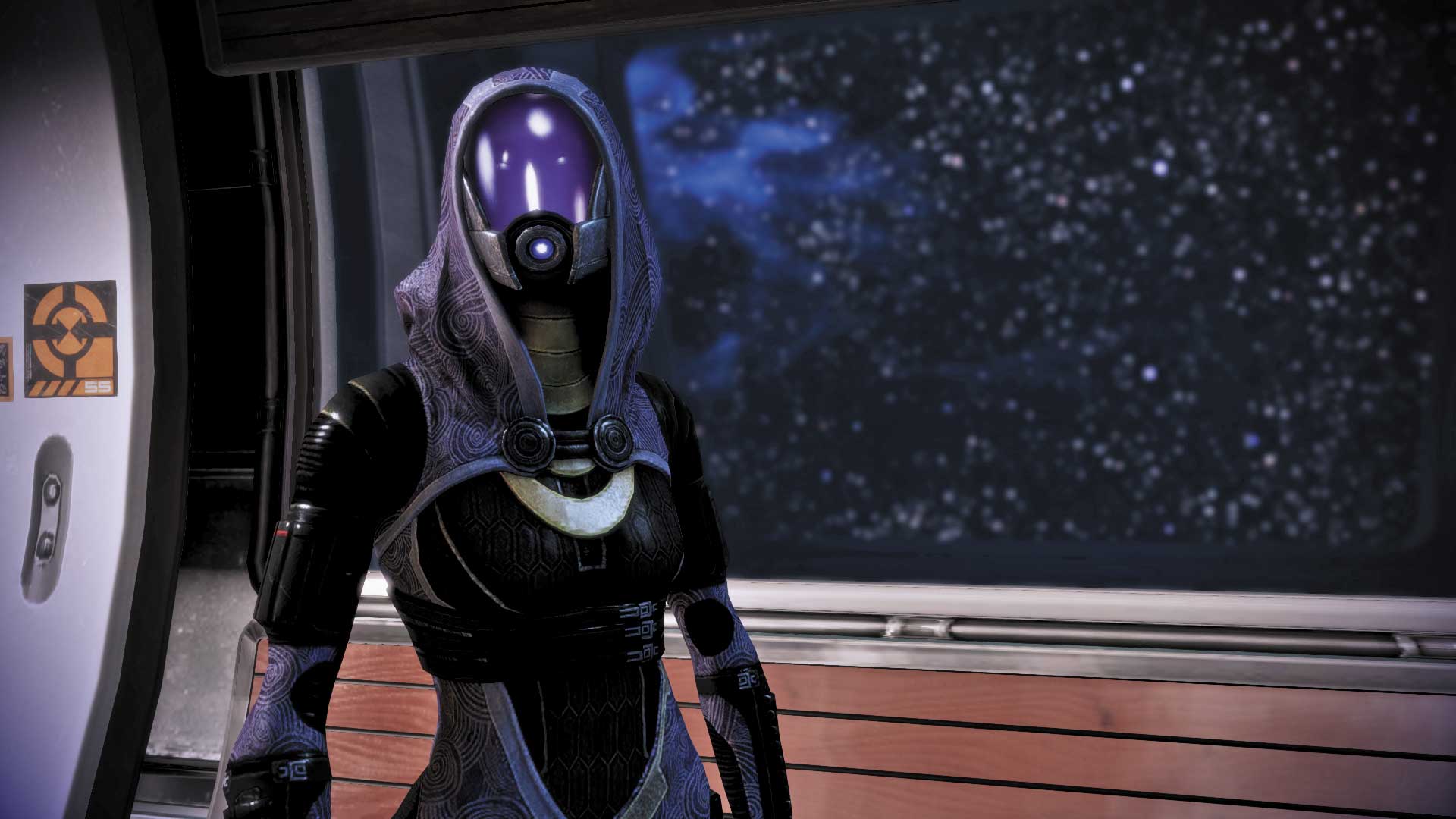 *just here because Tali is the best

The dust has settled in almost ten years after the release of Mass Effect 3, and it seems like players are a bit more lenient towards its ending having many years to think about it - including me. I still don't love the ending, but I do have a new appreciation for it. Being so emotionally invested only to have the rug pulled from under my feet is a gaming experience that will forever stick with me - something that I believe wouldn't have the same impact if I had many options for a more joyous ending. All that said, BioWare are making a new Mass Effect, so the story hasn't really concluded yet, but this is a chapter of the series I can close with a little more optimism now.

Blaze
@Scottie Yep, lotta people missed this and it feels like Jarvik was essential on that mission. Same goes for a few other missions (Taking Mordin to meet Wrex in ME2, etc.)

Blaze
@Lurch Oh yeah, the Javik DLC was also bizarre considering how important he is as a plot point to the game.

Sad thing about ME3 is that getting the "happy" ending requires you to pretty much do every single side and fetch quest. It got on my nerves a few times but I did manage to barely scratch the required TMS. Thankfully the DLC adds so much war asset points already without MP.

Lurch
Yeah, the Leviathon DLC being an optional paid-for experience was crazy. I'd argue the day-1 dlc that unlocked Javik as a Promethian teammate was also important - if only to listen to his back story on the Normandy.

But you're right, going back and treating the entire game as a succession of endings is the best way to experience it. You can also just flat-out ignore the "side quests" as the game barely acknowledges them in the journal anyway.