Forums General Discussion What did you buy today?

What did you buy today?

12047
October 29 2019, 3:38pm
On my Spidy comic it says "comes with free tattoo", printed on the cover. Its long gone by now, but would that affect the grading? Between having & not having the tattoo still inside the comic.
DarkPrince

20794
October 29 2019, 4:55pm
See less replies
Depends, is the insert still there? Amazing Spider-man #238 is one of those that constantly pops up, if the tattoo is missing but the insert is still there you will get a blue label, I think the grade will be hit but it's an up and down thing some people have reported no loss in grade and others have received a penalty for the missing tattoo there is no definitive answer from what I can see. If the insert is missing though then you will get a qualified green label indicating the book is incomplete, you will not get this if only the tattoo has been cut out.

However in the market without the tattoo people will view it as an incomplete book.
KnightFall500

12047
October 30 2019, 8:40am
See less replies
No tattoo or insert.
Yea, thought they would grade it as incomplete.
Some old comics especially from the 90's came with poster/trading card/tattoo/stickers. & the problem is they print on the cover "comes with free...". Posters are normally still there, but the other stuff is long gone.
DarkPrince

20794
October 30 2019, 9:14am
See less replies
No tattoo or insert will definitely get you a green label with incomplete on it. If you like the book and don't mind that then it may be worth sending for grading but 4 days ago a CGC 8.0 with the tattoo sold in auction for R1800 which would probably be the better option to go with. Yesterday a NM copy with the tattoo sold for R2400
KnightFall500 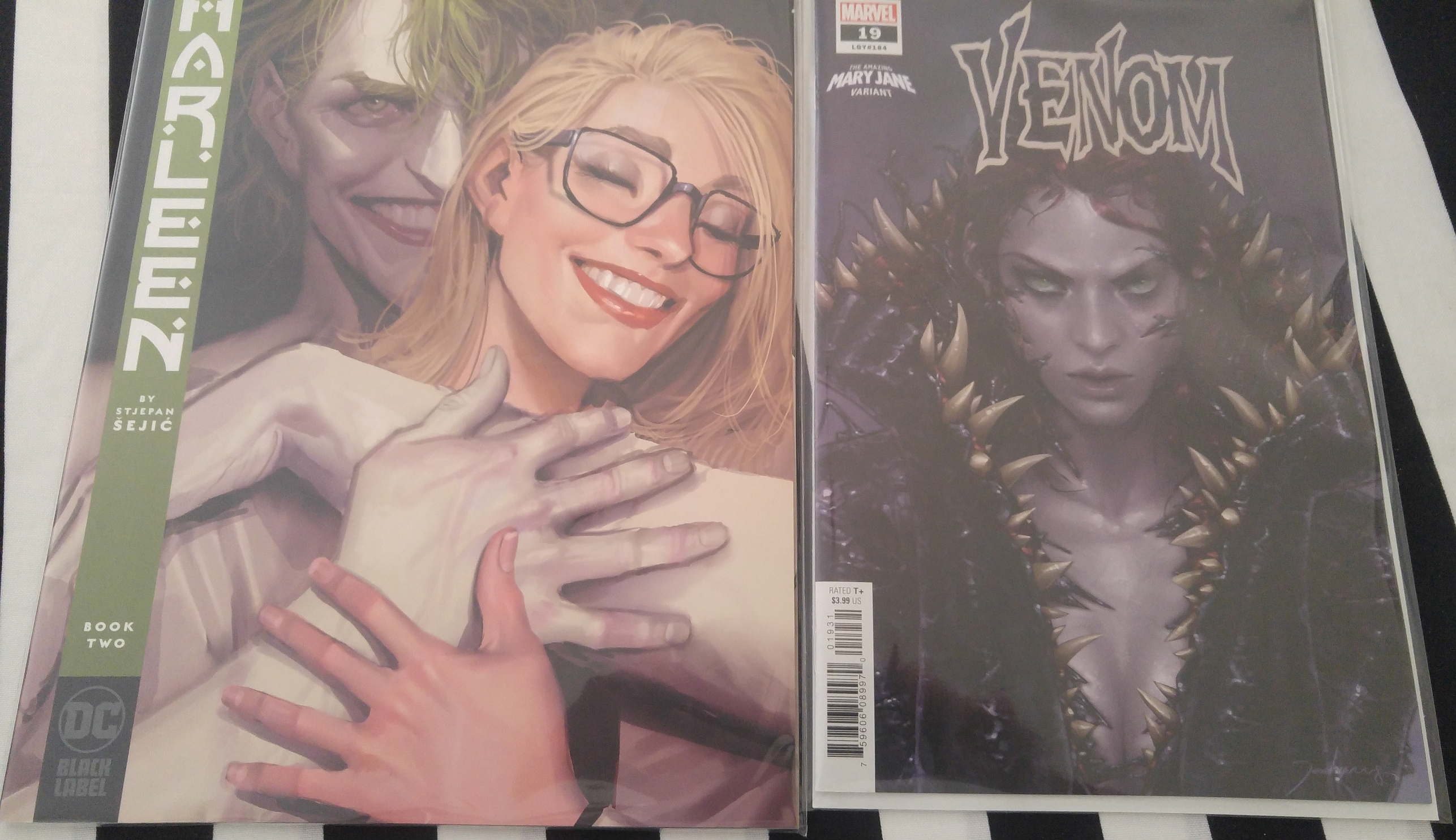 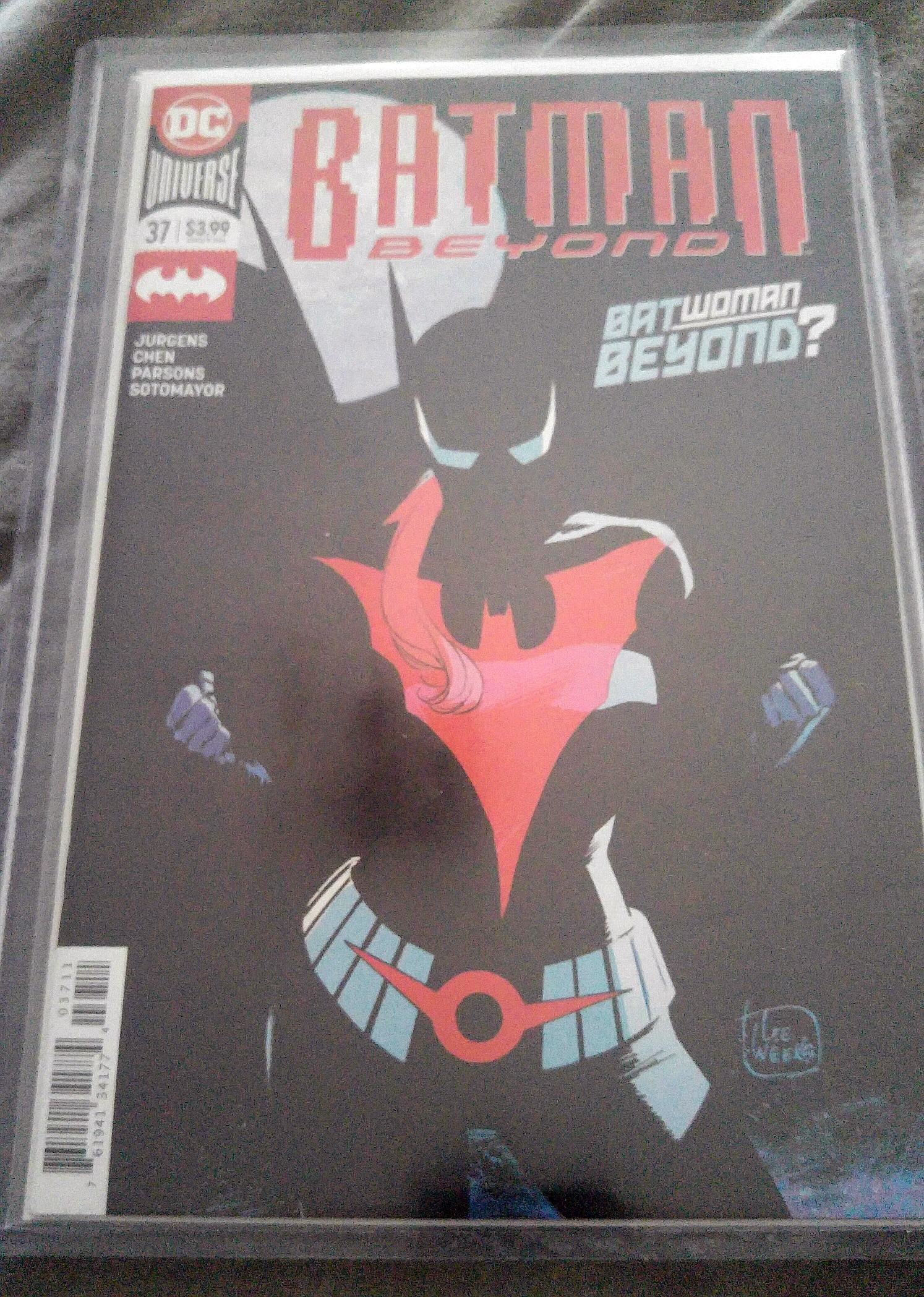 Also sent my Vampirella #2 Artgerm virgin cover in for grading, thinking it will come back a 9.4/9.6 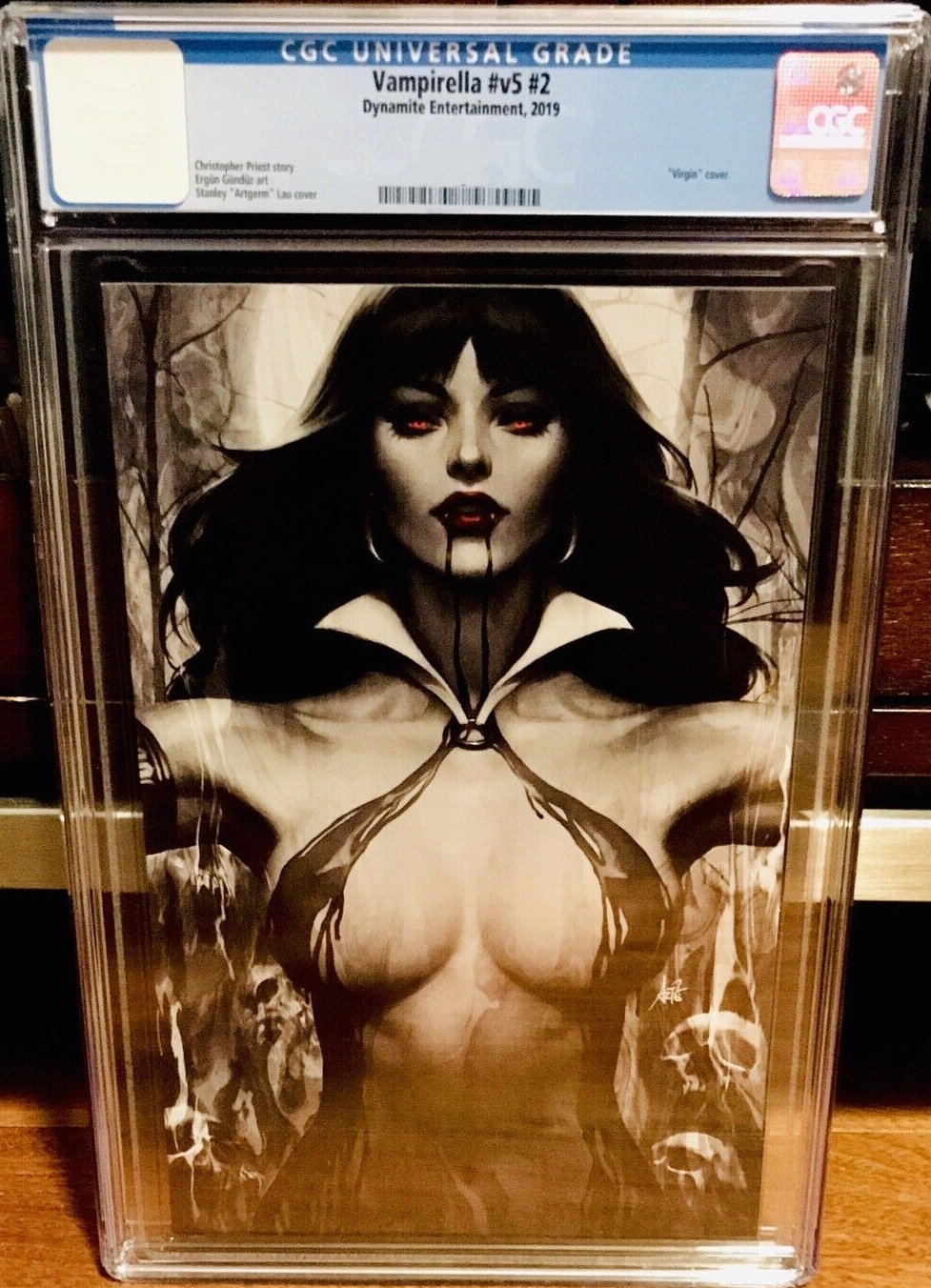 Scored some nice comics again, should arrive next week

Saw first appearance of Gambit on auction, starting at R1950.

20794
November 8 2019, 2:08pm
See less replies
The problem is they are usually in very poor condition and you get charged as if they are NM, you can buy a first appearance of Gambit 9.4 CGC from ebay for R1600 with shipping, why anyone would pay that much for an ungraded copy is beyond me. I have yet to see one good deal in the months I have been looking on FB and BoB as you can always get it for cheaper and better condition on ebay.

Picked up these today 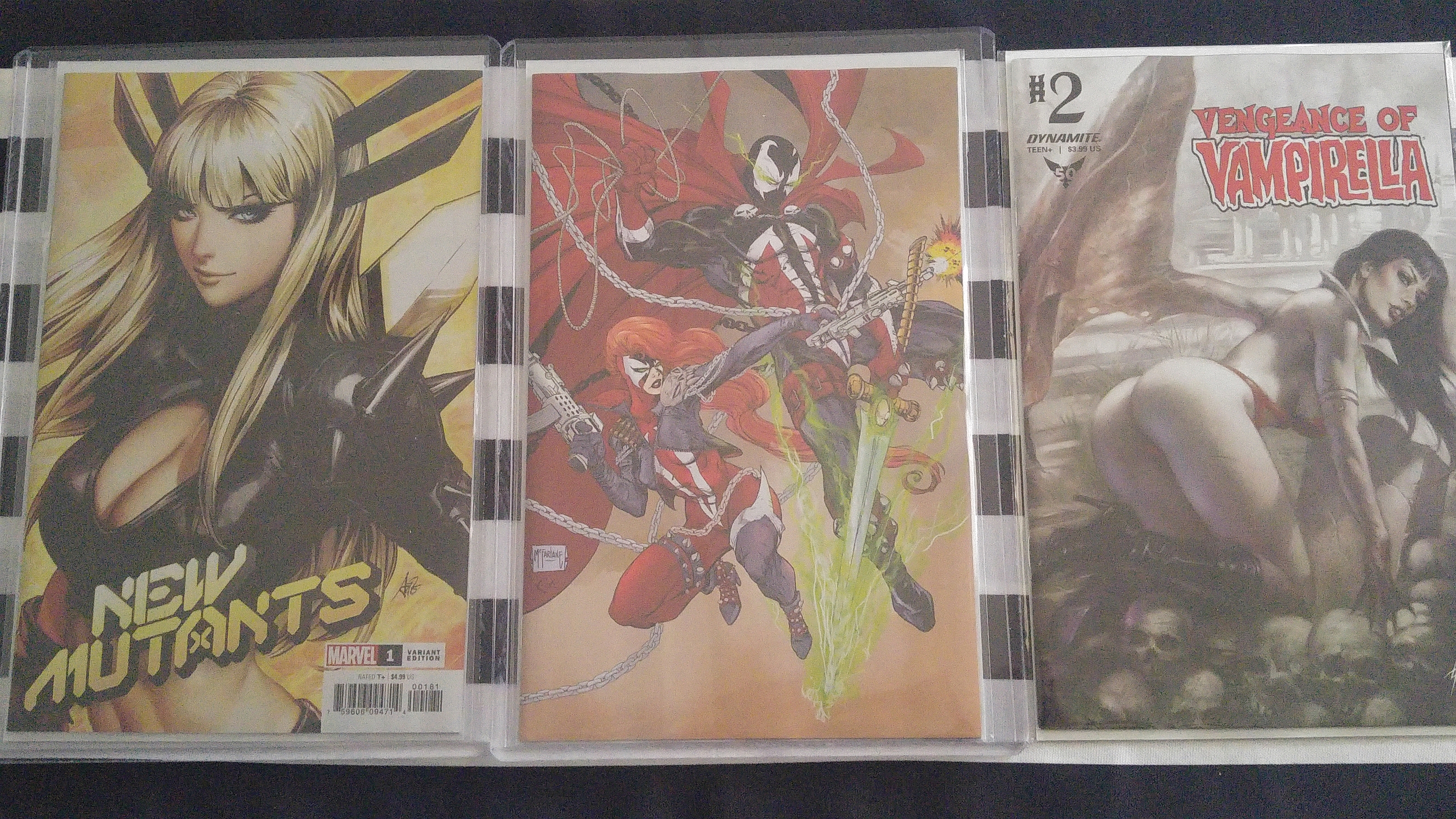 12047
November 8 2019, 2:30pm
See less replies
I've had good luck so far.
Most of the comics I got have bee R100 or less, & in fair to good condition.
That Gambit is a bit high, & the cover is very boring anyway. Not really one I would add to my collection. Unless I get lucky & find it REALLY cheap.
Midvaal has a first appearance of Roderick Kingsley, AKA Hobgoblin R150.
Again cover is not that interesting though.
DarkPrince

20794
November 8 2019, 2:51pm
See less replies
BoB is decent because you can put in an offer without having to buy it, I've got most of the items I bought from BoB for 50% off because I just direct them to last ebay sold listings and current listing and tell them I'll go that route instead then they usually send me the offer. Even got one from R4800 to R2800 so nice big saving.

The problem with Facebook is those guys don't know a thing about grading comics and over value their items. At least with BoB you get a chance to return the item if it isn't in good condition, on these Facebook groups you can't even say anything because they will threaten to ban you as they want people to remain ignorant to their over priced books.

But yeah if you only buying stuff for R100 or less then there isn't really anything of value there so you can't get burned as badly, people spend that on lunch everyday so it's not breaking the bank but when you get to the high hundreds and low thousands like some of these auction places it increases the risk. Always have to laugh when they post pictures and say this is a 9.2 and it's actually a 6.5/7 at best

12047
November 8 2019, 3:02pm
Yea no, I wouldn't spend that much on FB or BoB.
If you can pick up a good comic, or one to complete your set for under R200/R100 by all means.
You got to have some knowledge of the comic book market. Sometimes your score, other times its just better to walk away.
Some guys do try take advantage, especially in the figure department!
Laughable some of the prices I've seen there. But its "vintage" lol 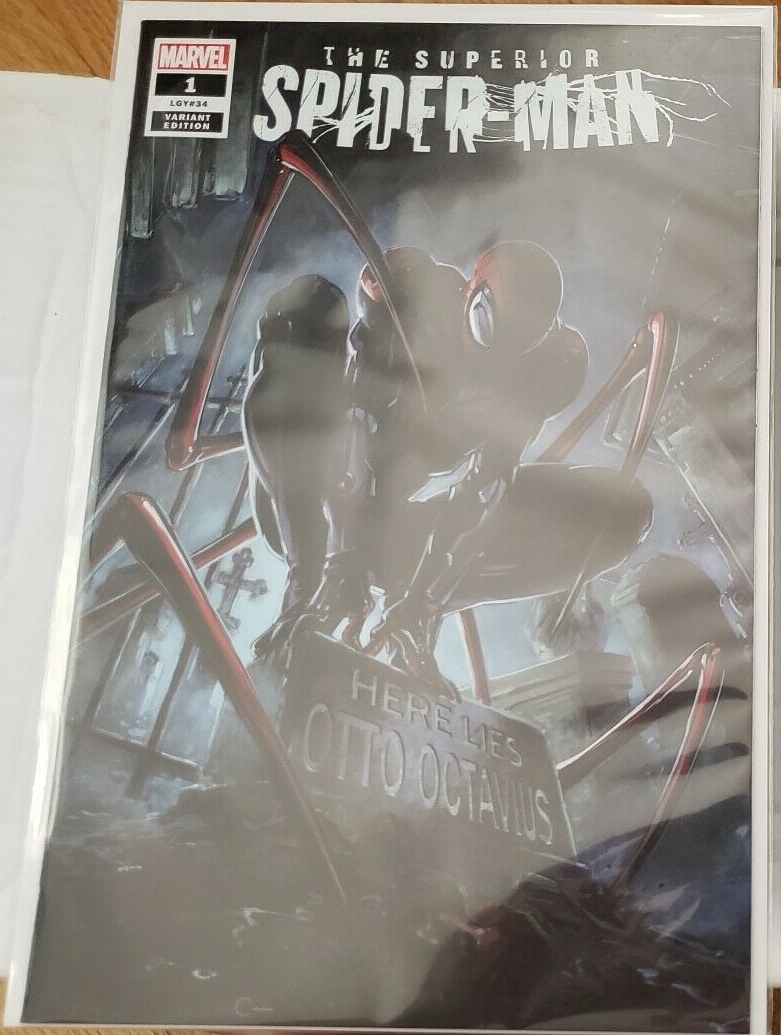 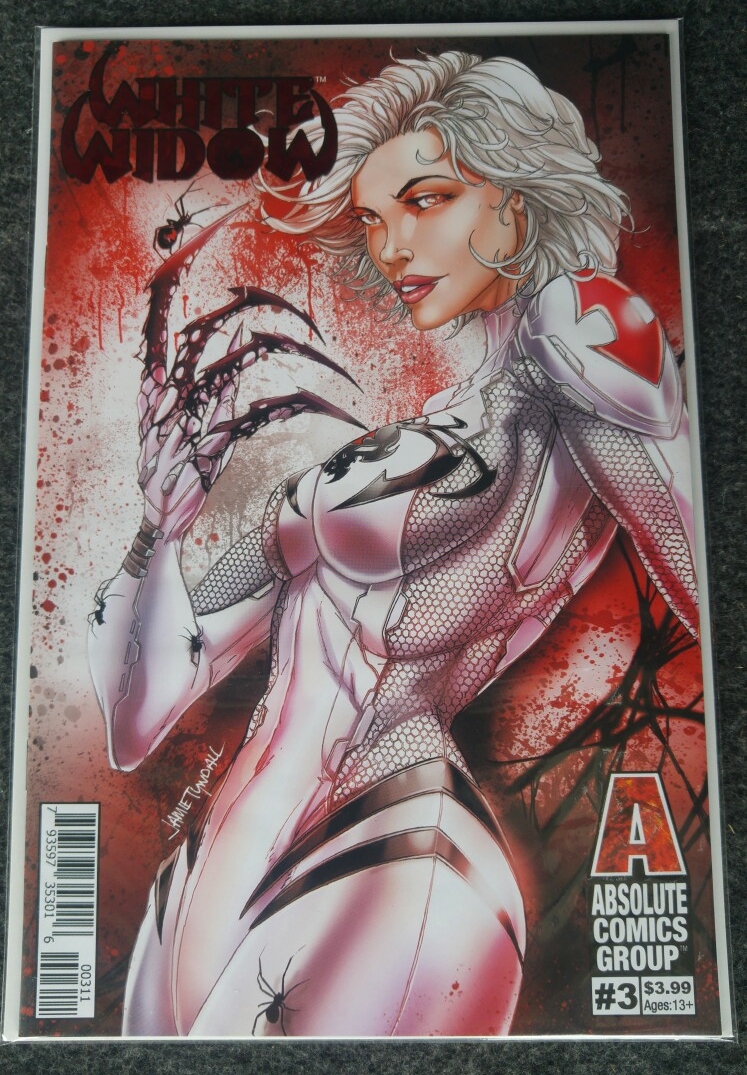 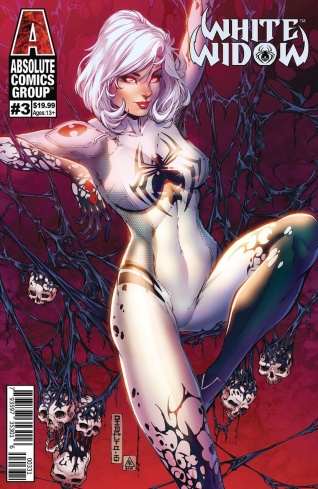 20794
November 11 2019, 11:50am
See less replies
Lenticular covers are ugly though and half the time don't work properly. I prefer a nice foil cover or just another variant cover art. On the plus side lenticular covers are super easy to get high grades in.
KnightFall500

20794
November 11 2019, 12:26pm
Always check sold listings on ebay and never what people are asking there is usually a 50% difference between what people are asking and what they actually sell for. R1000 isn't bad dependings on condition, the book sells raw for around R500-600 on ebay factor in the R199 shipping and it's quite close. Don't care about Taskmaster so not a book I'd ever buy 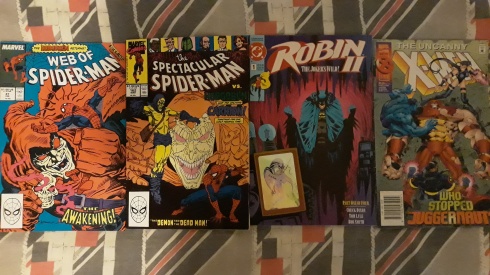 & thought I would just post these ones below as well. As I'm on a Hobgoblin/Demogoblin run at the moment. Traded for them back in the day then I was still in high school for the set 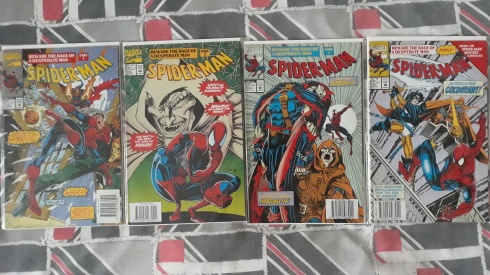 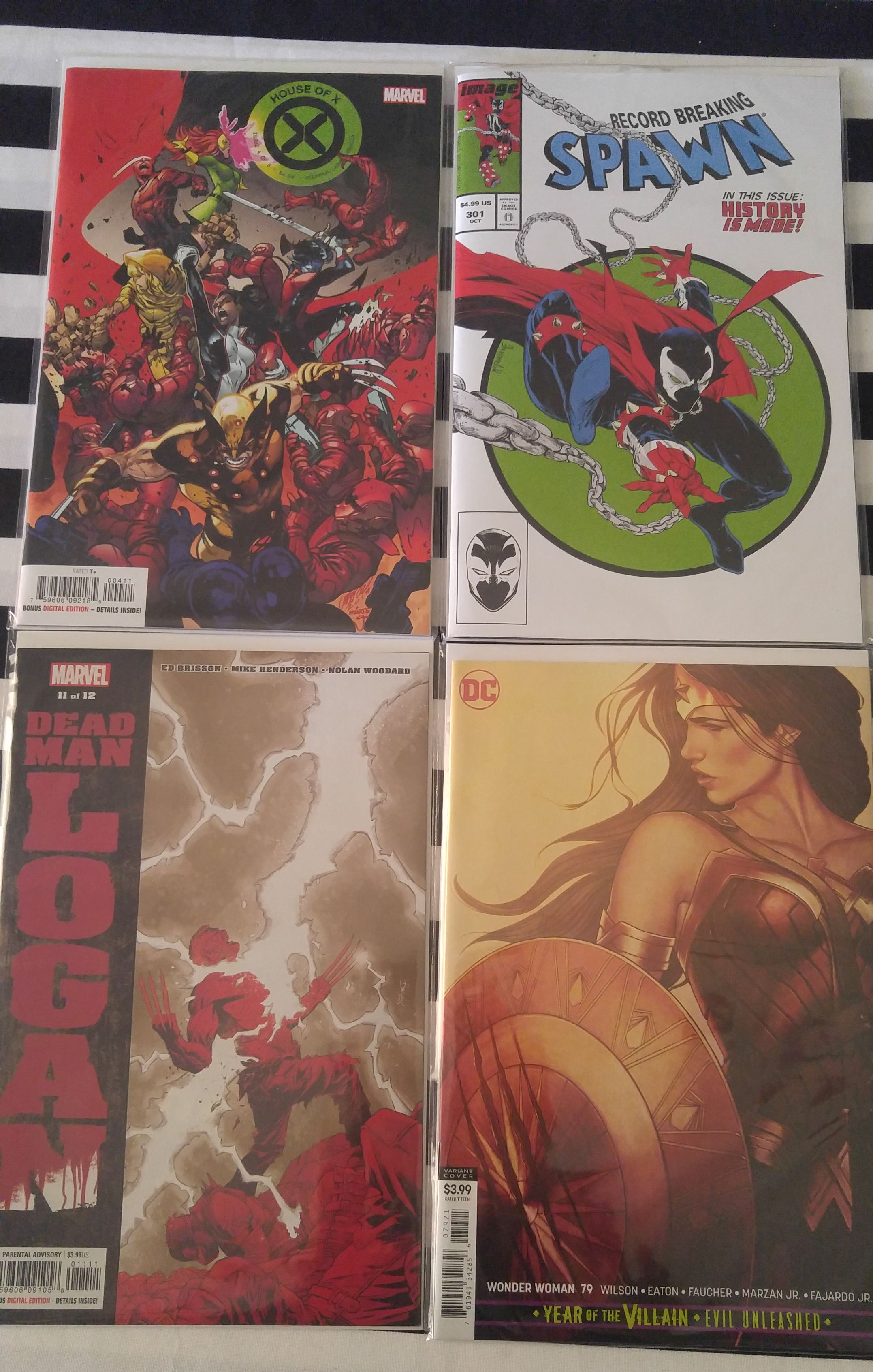 12047
November 14 2019, 8:22am
Heres that other Tom Lyle cover I was talking about.
Unfortunately, when you bought your comics from the CNA back in the day. It came with one or two price tags on the cover 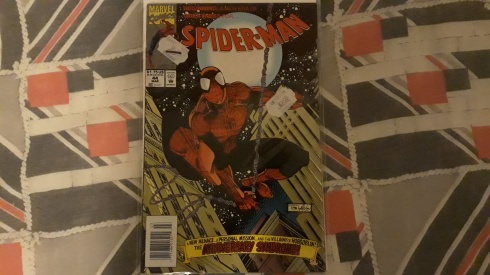 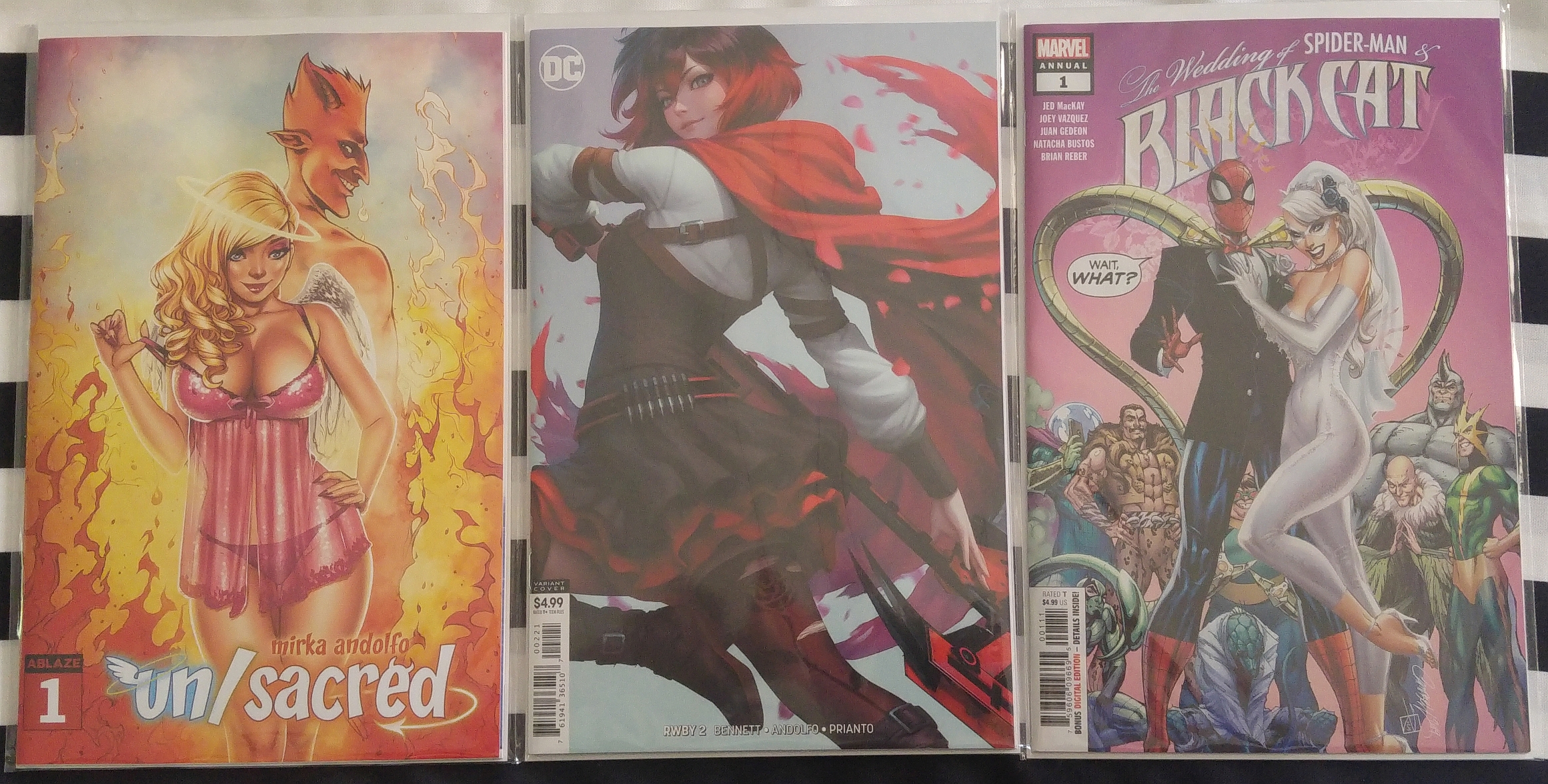 2nd prints of White Widow 1 and 2, they added in more pages into the second prints, issue 1 has 8 additional pages and issue 2 has 12 extra pages 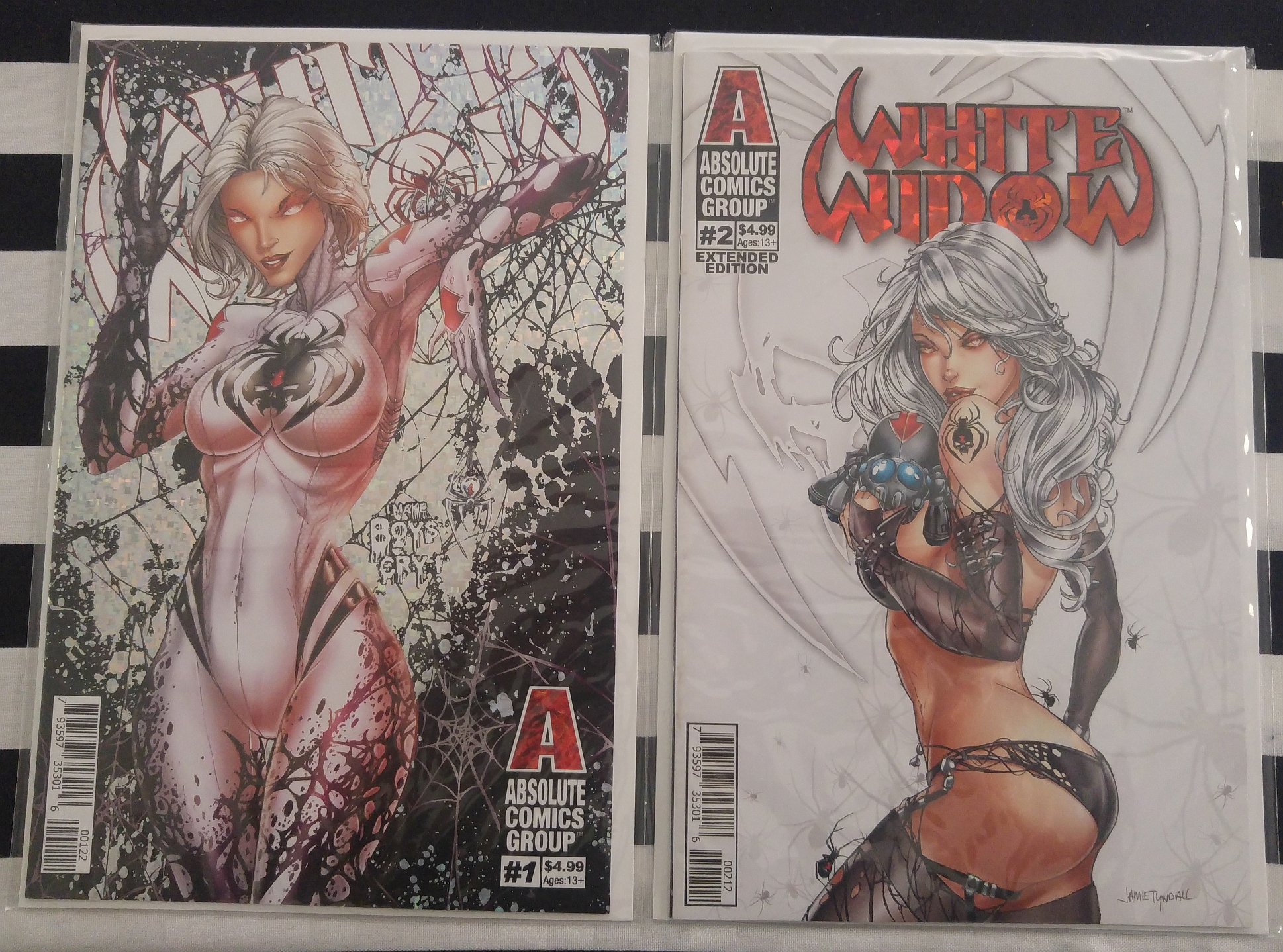 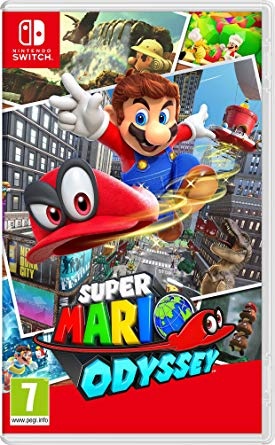 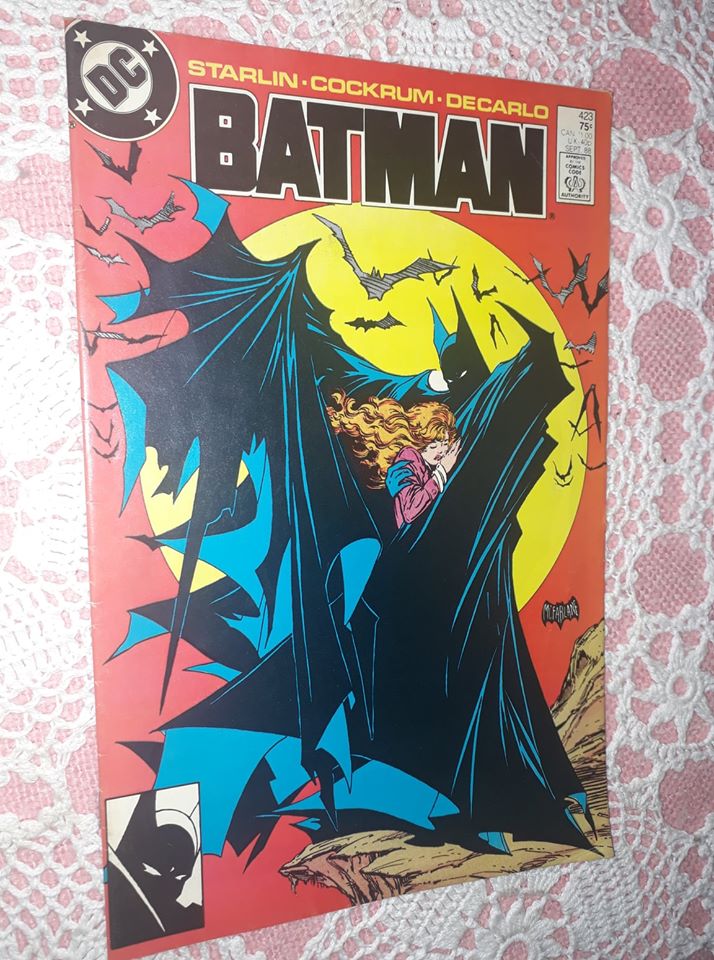 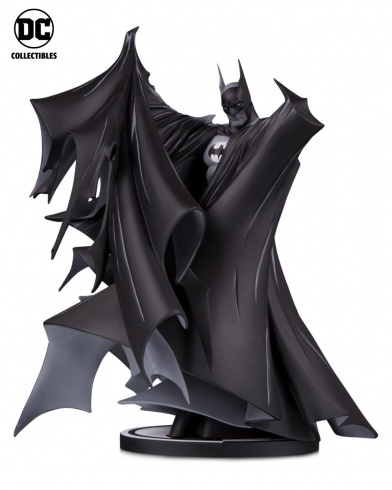 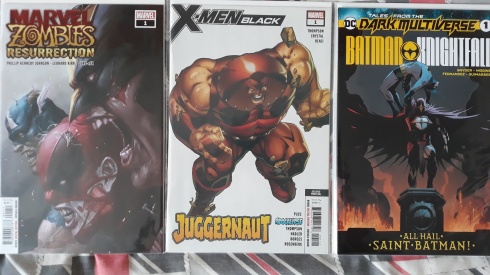 9978
November 20 2019, 9:05am
See less replies
My bag was stolen out of my car a little while ago and my earphones that I use every day were inside... So DP bought me new wireless ones - definitely an upgrade.

They're Tech Geek ones, which is a bit of a no-name brand, but they actually sound better than my Sennheisers. Very impressed.
KnightFall500

9978
November 20 2019, 11:08am
Using them for the first time today, but they say 3 hours of continuous play and then you charge them by putting them in the box. Will let you know