So the man does age! 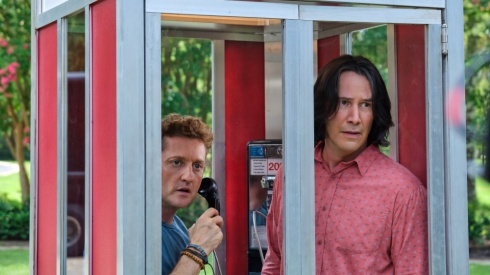 I'm not saying its aliens, but its probably aliens!

@2:10 That Spidy poster with "Murderer" on, refers to the end of the last movie. I assume. But the suit looks like its from Raimi's Spidy movies?

I had to google this, to see if it was based off an anime. Its not, but it SO should be!!

6484
February 3 2020, 8:45am
See less replies
This is finally the film that I pushed me off the series. Also, I see they dumped a couple of the new additions, that hacker and someone else that I can think of but can't remember.
KnightFall500

That hacker chick is still there, just got a new hairdo.
But I see a guy from Tokyo Drift is back @2:17.
But DAMN, 8 movies & only NOW we hear about Dom's long lost brother. & hes the guy always going on about family!!
& Han, WTF? He was dead! As in D.E.A.D DEAD!
Check out the fan theories of how hes back LOL

6484
February 3 2020, 10:45am
See less replies
Yeah the whole baby brother that was never mentioned just WTF, but as for HAN. Fine, they are going to retcon his death, they did that with Lettie, that sorts out the whole Justice for Han nonsense, but how do they absolve Shaw of all the people he did kill when he was the villain. Remember when he visited his brother in the hospital Shaw basically murdered close to a hundred people by taking out the security teams and blowing up the building. I mean I was just along for the ride of popcorn stupidity when from 6/7, whichever turned them from ordinary thieves to superheroes after Brazil, but this is just too much. Thank goodness 10 is supposed to be the last, but since Diesel can't get any other franchise off the ground I bet he's going to resurrect the series in a couple of years.
KnightFall500

12351
February 3 2020, 11:00am
From where they started off in the first movie, as a bunch of misfits.
Too international spies taking out super villains, its just hilarious!
As long as the movies keep making money, they will keep making them.
Tyrese got to pay that alimony